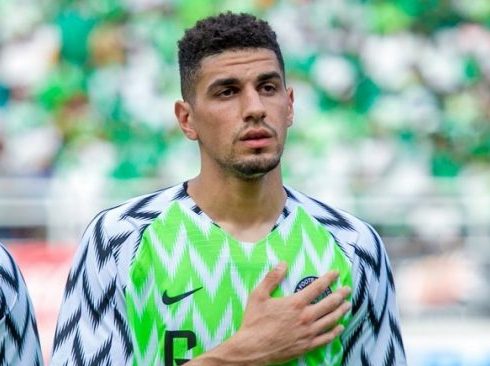 Leon Balogun is set to be fit and firing for this weekend’s Scottish Premiership match between Rangers and Hearts.

There were doubts about the defender’s fitness after he limped out of Sunday’s World Cup qualifier between Nigeria and the Central African Republic.

However, The Athletic now report that Balogun was only taken off as a precaution and he will likely be available for Saturday’s showdown with Hearts.

Ahead of the match, Rangers and Hearts have agreed an allocation for visiting supporters at Ibrox.

The Jambos will receive nearly 1,000 tickets for the clash after mandatory matchday COVID-19 red zones were scrapped.

The move means that clubs will be able to relax restrictions on the number of away fans being allowed to attend matches.

Celtic and Rangers have come under fire in recent weeks for refusing to give visiting clubs a ticket allocation as they claim they have had to move their own season-ticket holders from the red zone in the main stand to the areas usually reserved for away fans.

Hearts made a formal complaint to the Scottish Professional Football League about the situation as their supporters faced being locked out of their trip to Ibrox a week on Saturday, while Hibernian manager Jack Ross said last week that it was an “unhealthy” situation as his team prepared to face Rangers without any of their fans in attendance.