Lennox Lewis: Joshua can be an all-time great 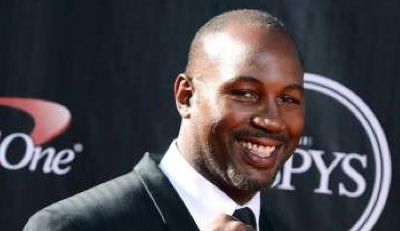 Lennox Lewis believes Anthony Joshua has the ability to become an all-time great heavyweight – just not to the level that he did.
In only his 19th fight as a professional, Joshua will on Saturday defend his IBF title and bids to win the WBA belt when he faces Wladimir Klitschko in front of 90,000 people at Wembley.
Klitschko succeeded the retired Lewis as the world’s leading heavyweight and, along with the titles, is fighting to reclaim that position against Joshua, widely considered the favourite.
Concerns persist that such a step up in quality may have come too soon in Joshua’s career – and Lewis accepts the 27-year-old’s lack of amateur experience could be a hindrance – but retains faith in his ability.
“Can he be an all-time great?” asked Lewis, 51. “Yes. Yes.
“He can do anything he wants. But saying it and doing it is two different things. We can say it but it’s up to him to do it. Yes, the potential is there.
“Could he go on to be better than me? I don’t think so. It’s difficult for me to say another man is better than me.
“How I come to that conclusion is I look at my amateur career. I had an extensive amateur career which led into my professional career which allowed me to be better.
“He didn’t have an extensive amateur career – it was only a short one. To me, there is a lot Anthony Joshua still needs to learn.
“As he goes on he will learn them but his trainers need to understand that too because each fight for him is a learning curve.
“You don’t want to learn in important fights; you want to be prepared for them.”
Since Lewis’ retirement, David Haye and Tyson Fury have both won world heavyweight titles but without reigning for anywhere near as long as he did.
Unlike Haye and Fury, Joshua emulated Lewis in winning an Olympic gold medal, and when the Hall of Fame fighter was asked if he could see anything of himself in Joshua, he responded: “Absolutely, yeah.
“The young eagerness of what he’s doing. He’s trying to stay focused, he’s realised that this is a big fight and that everybody is depending on him.
“Everywhere he goes people recognise him and he’s getting this adulation. Sponsors, people want things from him, money, interviews, this show and that show: these are all things that happened to me.”
He warned: “I had that determination and focus when I went in and lost. Things that I didn’t predict would happen did happen.”