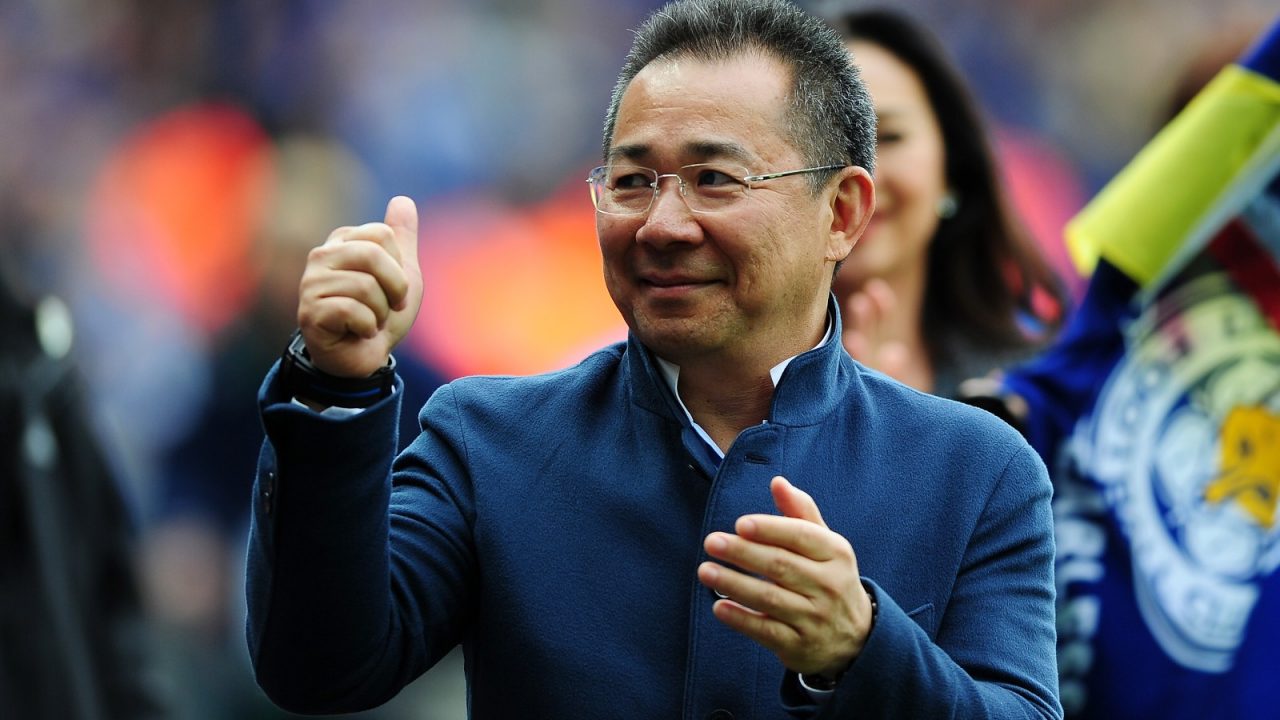 Share
Facebook Twitter LinkedIn Pinterest Email
Leicester City players attended the funeral for club chairman Vichai Srivaddhanaprabha, who died in a helicopter crash a week ago, at a Bangkok temple on Sunday on the second day of a ceremony due to last one week.
The 60-year-old Thai billionaire died on October 27 with four others when his helicopter crashed next to Leicester’s King Power Stadium.
The seven-day funeral started on Saturday in Bangkok.
The team – including manager Claude Puel, striker Jamie Vardy and many others – were seen arriving at the temple clad in black suits to pay their respects to the King Power founder.
They travelled to Thailand on Saturday after winning their Premier League match against Cardiff City, where tributes were brought onto the pitch before the game in memory of Srivaddhanaprabha.
Srivaddhanaprabha bought Leicester in 2010.
The team went on to stun the world of football by winning the Premier League title against the odds in 2015-16.
Bangkok Claude Puel Leicester City Vichai Srivaddhanaprabha
Share. Facebook Twitter Pinterest LinkedIn Tumblr Telegram Email