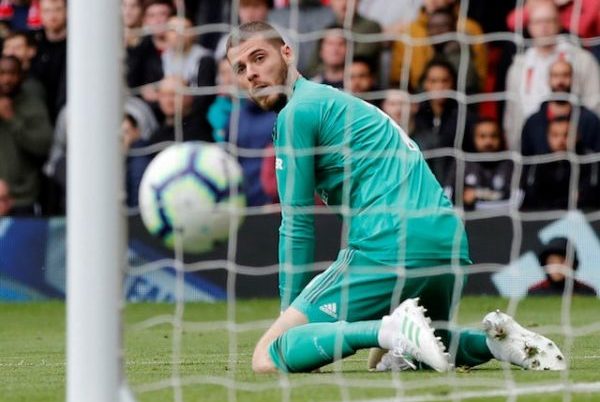 Calls for De Gea to be dropped have grown after the 29-year-old’s mistakes in United’s FA Cup semi-final defeat by Chelsea last weekend, with Dean Henderson backed to take over after an impressive loan spell at Sheffield United.

With Leicester set to meet United on Sunday, Schmeichel said media coverage of De Gea’s performances could give viewers the impression the Spaniard was constantly making mistakes.

He said: “That’s sometimes quite a dangerous narrative because all of a sudden it starts building momentum and for someone like David.

“I really feel for him because he’s been unbelievable for so many years and every goalkeeper goes through periods (of poor form).

“There’s a lot of pressure also in the sense that you now have an England goalkeeper (Henderson) coming through and, like it or not, in this country when you have an English goalkeeper, that means so much and they do tend to build them up.

“I genuinely hope for someone like Henderson, who’s had an amazing season, that he can be allowed to develop.

“I hope… he gets another season, maybe two at Sheffield United and play the way he’s done and then he will be ready.

“But for now De Gea is still a world-class goalkeeper. It’s a lonely position and those are the margins you play in … you simply can’t make mistakes because you will be punished.”