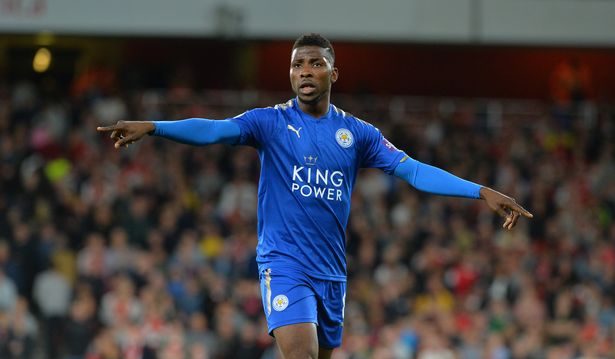 Kelechi Iheanacho needs to find another level to continue his scoring streak, says Leicester City manager Claude Puel.
The Nigerian striker is set to lead the line in Friday’s Premier League opener against Manchester United with Jamie Vardy, only back in training on Monday, unlikely to be risked.
Iheanacho’s fine pre-season form – four goals in three games, including a brace in the final summer outing at Lille – eases fears City will struggle without talisman Vardy, but Puel is urging the 21-year-old to up his game when the real deal gets under way at Old Trafford.
“He is focused,” said the City boss. “He made a good performance (against Lille), but the most important thing is to present against Manchester United. We know a friendly game is always different. Of course I am happy about his performance and the performance of the other players.
“It has been a difficult pre-season with all the international players coming back step by step and without the good levels and freshness necessary to play 90 minutes.”
Although Iheanacho is expected to start, Puel still has decisions to make elsewhere, with the line-up against Lille not necessarily the 11 players that will start against United.
“We will see against Manchester United in the first game,” added Puel. “It is a problem to find the good balance and the strong team to play the whole game.
“We have different questions about some of the players. We will see. It is a little difficult to prepare a game for Manchester United without all the solutions. I will try to pick a team to make a good performance.”