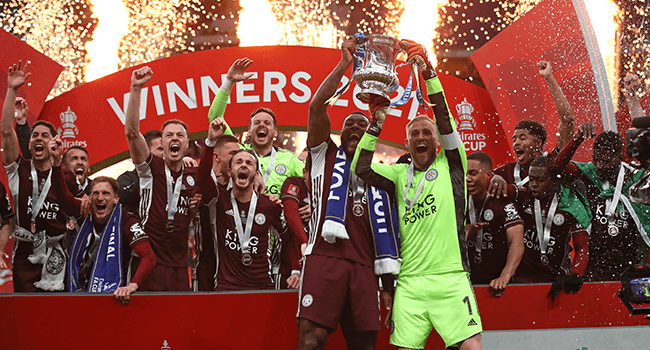 Leicester City have beaten Chelsea 1-0 to win the FA Cup for the first time in the club’s history.

Two Nigerians: Kelechi Iheanacho and Wilfred Ndidi, both starred in the gruelling match their club won.

A second half cracker by Youri Tieleman settled the game.

A Chelsea equaliser in the dying minute of the game was ruled offside after a VAR intervention.