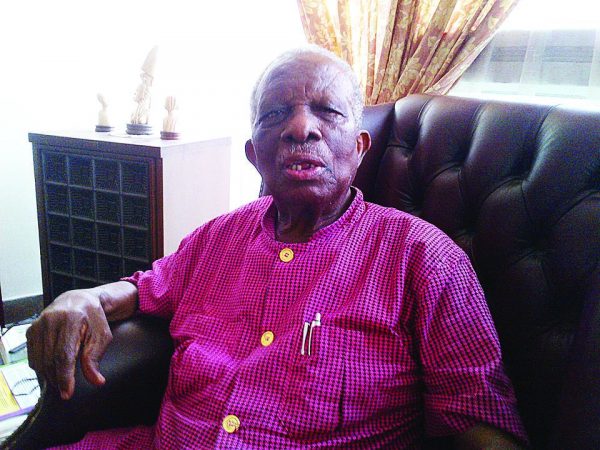 The Supreme Court on Thursday upheld the judgment of the Court of Appeal, Kano Division delivered on August 10, which affirmed Victor Oye as the National Chairman of the All Progressives Grand Alliance.

The election is scheduled for November 6, 2021.

Soludo’s nomination had been accepted by the Independent National Electoral Commission as candidate of APGA.

Jude Okeke, however, challenged the authenticity of the Oye leadership at a Federal High Court in Jigawa State, where judgment was given in his favour.

However, the Jigawa State judgment was set aside by the Court of Appeal, leading him to proceed to the Supreme Court to nullify the appellate court’s decision.

Delivering judgment in the appeal, the apex court in an unanimous judgment held that the internal issue of political parties was outside the jurisdiction of courts.

The court consequently upheld the judgment of the Court of Appeal, which resolved the leadership tussle of APGA in favour of Oye and also upheld the primary election conducted by his leadership, which produced Soludo as APGA governorship candidate for the November 6 governorship election.

Justice Hamma Zamani of the Kano Division of the Court of Appeal had on August 10 in his judgment set aside the judgment of a Jigawa State High Court, which had earlier declared Okeke and Chukwuma Umeoji as APGA’s National Chairman and governorship candidate respectively.

The appellate court held that the trial court erred by entertaining a suit wherein it lacked jurisdiction.

In their unanimous decision, the seven-member panel, resolved the issue against the appellant.

The apex court in the judgment delivered by Justice Mary Odili held that it was clear that the appellant engaged in abuse of judicial process.

According to Odili, the subject matter of the suit was not justiciable because it bothers on the internal matters of a political party.

Justice Odili said the appellant engaged in forum shopping by taking a matter which emanated from Anambra State all the way to a court in Jigawa State.

The panel of justices also berated lawyers to the appellant for engaging in unethical conduct by filing such a suit in the first place.

The justices also berated the judge of the Jigawa State High Court for accepting to hear the suit that was outside his jurisdiction, saying he engaged in judicial misconduct.

The panel thereby awarded a fine of N1 million against the appellant for abuse of court process.

Meanwhile, the panel held that the application for joinder by Chief Edozie Njoku was irrelevant since it had been overtaken by events and consequently dismissed it.

The Court of Appeal sitting in Abuja had in September ordered INEC to recognize Soludo as candidate of the APGA in the November 6 Anambra State governorship election.

The three-member panel of justices headed by President of the Court of Appeal, Justice Monica Dongban-Mensem, had also declared Oye National Chairman of APGA.

Justice Jummai Sankey, while delivering ruling on the appeal filed against Sylvester Ezeokenwa and five others, held in am unanimous decision that the appeal constituted an abuse of court process, having been bound by the decision of the Kano Division of the Court of Appeal that affirmed Oye as APGA national chairman.

The panel said it lacked jurisdiction to do what the appeal by Njoku and Chinedu Okoro was seeking as it could not sit on appeal on its previous decision.

The sum of N10 million was awarded against the appellants in favour of Ezeokenwa and APGA, who were the first and second respondents in the appeal.