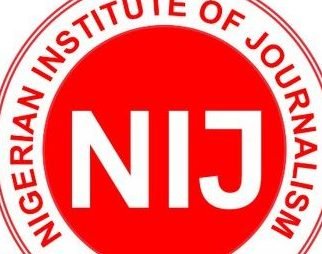 Participants rising from a Litigation Workshop for Lawyers on the Safety of Journalists have called on the Federal Government to take urgent steps to domesticate relevant regional and international instruments and standards on the safety of journalists in order to give impetus to compliance and enforcement processes at the national level as a way of ending impunity for crimes against journalists.

These were some of the recommendations made by legal practitioners who participated in the  two-day workshop in Abuja organized by Media Rights Agenda (MRA) with support from the Global Media Defence Fund (GMDF) through the United Nations Educational, Scientific and Cultural Organization (UNESCO).

The participants urged media organizations in Nigeria to undertake periodic and regular safety training for their journalists and other workers to ensure that they are able to carry out their work safely and professionally, adding that the organizations should also kit journalists and workers with the appropriate equipment, including protective gear, where necessary, to prevent or minimize their exposure to various hazards that they may confront as they carry out their work.

They advised lawyers and civil society organizations to liaise with relevant organizations, institutions and agencies, such as the National Judicial Institute (NJI), the Nigerian Institute of Advanced Legal Studies (NIALS), the Nigerian Bar Association (NBA) as well as the heads of various courts in organising sensitization programmes and activities for judicial officers on the safety of journalists so that judges are appropriately informed about the importance of the safety of journalists and their role in the process.

The participants suggested that lawyers litigating cases touching on the safety of journalists and other media workers should prepare their written addresses or briefs of argument with the objective of enlightening and sensitizing the judges handling such matters about the issue of the safety of journalists, adding that they should also prepare diligently for their cases and familiarize themselves sufficiently about the issue in order to adequately respond to questions or queries that the judges may raise.

Besides, they said, as part of efforts by Nigeria to meet its obligations under regional and international instruments to prevent attacks against journalists and ensure accountability for any such crimes, “Practice Directions” should be issued to guide the hearing and determination of such cases in order to improve the effectiveness of judicial mechanisms in addressing the challenge of crimes against journalists.

They pointed out that if journalists are frequently intimidated into distorting the information that they provide to the society or if they are too afraid to report truthfully and accurately because of constant attacks, legal practitioners and the entire society will be worse for it because most, if not all members of the public make serious and sometimes life-changing economic, political, professional and other decisions based on the information that they receive through journalists and the media.

In the light of this, the participants noted, lawyers have a self-interest in ensuring that journalists and the media have a conducive and enabling environment to practise their profession so that they can continue to provide members of the public with news and information that is reasonably accurate and reliable and that in turn enables the lawyers and other members of the public to make good and informed decisions.