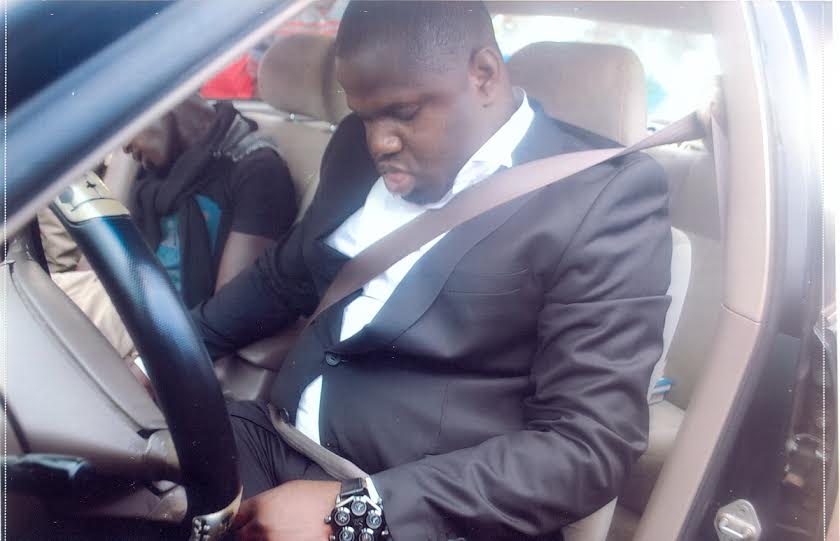 Tragedy struck in Asaba, the Delta State capital, on Thursday following the puzzling way a lawyer and his colleague died at a popular roundabout in their steaming Toyota Camry car in the state.
The casualties, seated in the neatly parked steaming car, with registration number FGG 931 AE, along the road, after negotiating the roundabout, left the air-conditional system on and dozed to death.
Within a twinkle of an eye, the victims started gasping and foam was seen coming out from their mouth and nose.
The disaster had since thrown members of the state chapter of the Nigerian Bar Association into sorrow.
Hundreds of passersby and government officials abandoned their duty posts and trooped to the scene to catch a glimpse of the misfortune.
Others were seen running helter-skelter for fear of being arrested by the police for interrogation.
The occurrence happened at the popular Inter-Bau Roundabout within the capital city.
The reconstruction of roundabout, awarded by Governor Emmanuel Uduaghan to the CCC Construction Company, was abruptly halted following the logjam that ensued thereafter.
The lawyer, whose name could not be confirmed as at press time, The Eagle Online gathered, hails from Okpanam, Oshimili North Local Government Area of the oil rich state.
Okpanam is one of the fastest growing neigbouring towns to Asaba, owing to its accessibility and nearness to the capital city, where land is considerably cheap.
While a source said the lawyer was coming back from a court session where he had engaged in some legal fireworks, another source claimed they were poisoned from their unknown destination.
According to the source: “They must have inhaled a poisonous substance thrown into their car from where they were coming from.
“If not, how would they have died inside the car they were riding in?”
Besides, the lawyer was said to have solicited severally on behalf of land speculators in Okpanam community, who have duped unsuspecting buyers over some parcels of land.
The identity of the passenger who died beside the lawyer is still uncertain but a source described him as a “bricklayer”.
He was said to be going with the lawyer to a construction site in Okpanam village.
Their bodies were swiftly deposited at the Federal Medical Center, Asaba.