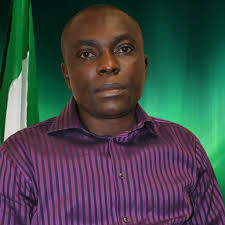 Ndukwe Nkole has commended the Federal Government for remobilising contractors handling key ongoing road projects in the country.
The lawmaker representing Arochukwu/Ohafia Federal Constituency, made the commendation on Monday in Abuja in an interview with newsmen.
Nkole also praised the Ministry of Power, Works and Housing for listing the 27-kilometre Abiriba-Ohafia-Arochukwu road project among strategic roads to be rehabilitated.
He expressed regrets that due to the 40 years of neglect, Arochukwu, Ohafia, Ihechiowa, Ututu and Abam communities were cut-off from the rest of Abia.
Nkole said: “Under its present terrible state, a journey from Ohafia to Arochukwu that should not last more than 20 minutes now drags for over four hours.
“There is no doubt that Arochukwu-Ohafia road in its current condition, is perhaps the worst federal road in Nigeria; and this is not an exaggeration.
“The poor condition of the road has made it impossible for transportation of abundant farm produce in Abia and the neighbouring communities in Akwa Ibom and Cross River.”
He said that the road project which was awarded to an indigenous company, BEKS KIMSE Nigeria Ltd., in 2012 at the cost of N2.2 billion was abandoned due to poor funding.
He said: “The project was expected to be completed within a period of 24 months from the date the contract was signed, but immediately after the 2015 general elections, work on the road was abandoned, while the contractor fled the project site.
“After over two years, only 14 per cent of work was done.
“We have tolerated and supported the contractor because a bad contractor is better than no contractor at all.
“For over two years now, Abiriba-Ohafia-Arochukwu road had remained a sad commentary to our national conscience as a nation.”
Nkole, however, commended President Muhammadu Buhari`s administration for redirecting that work should resume on the road project.
He said: “We appeal to the Minister of Power, Works and Housing, Babatunde Fashola, to ensure that the road project is adequately provided for in the 2017 budget to ensure that work does not stop again.”