Lawan to Igbos: Grab opportunity to be at centre of Nigeria’s politics 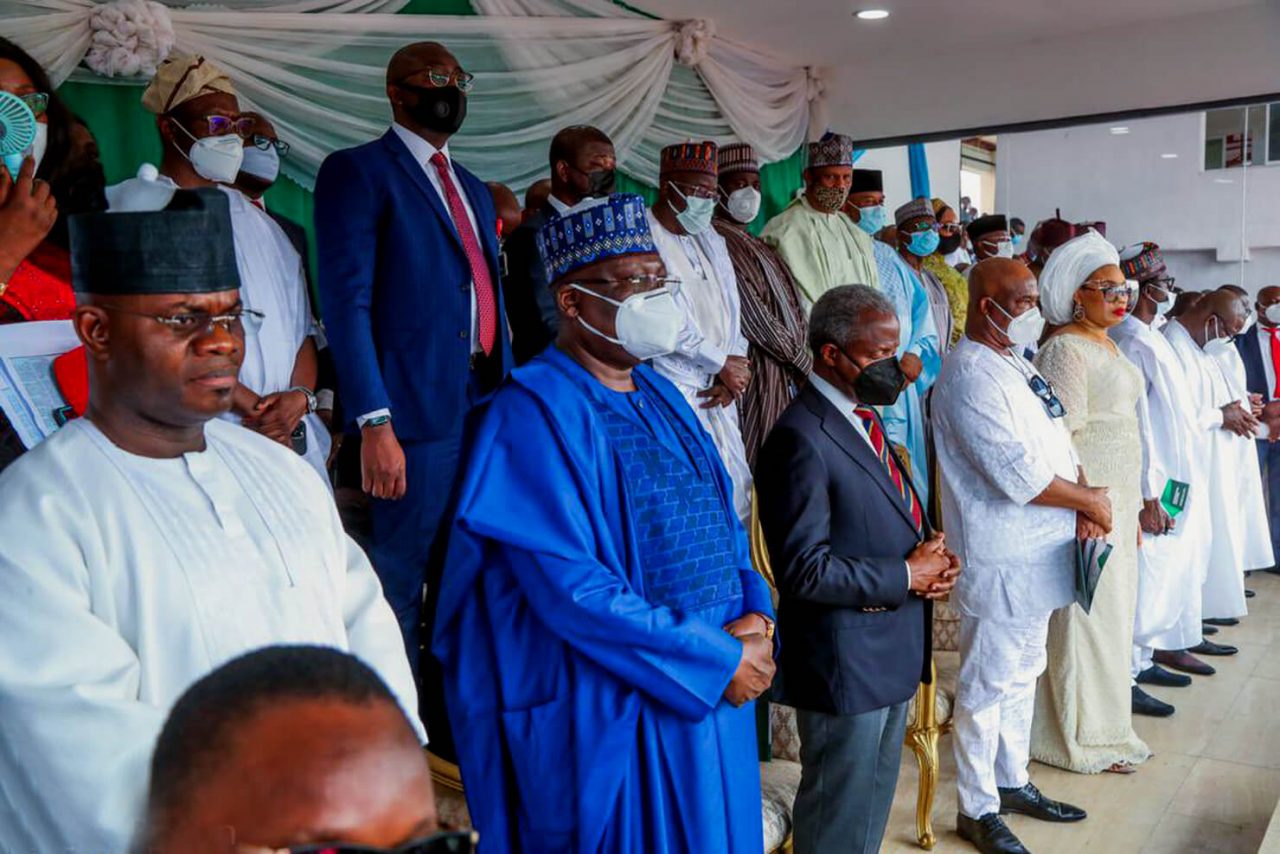 The President of the Senate, Ahmad Lawan, has advised Igbos in the South East to seize the opportunity provided by the All Progressives Congress-led Buhari Administration to gravitate to the centre of Nigeria’s politics.

Lawan spoke on Sunday at the Thanksgiving Service, which held at Dan Anyiam Stadium, Owerri in Imo State to commemorate the one year in office of Governor Hope Uzodimma.

The Senate President said Uzodimma had achieved so much in one year because he had taken his politics beyond the South East to the centre.

Lawan said: “Today, we are celebrating one year of his governorship in Imo State.

“The National Assembly is here.

“Let me say the presence of the Vice President, representing the President, and all the Governors here is a very clear testimony of his relationship with the centre of Nigeria.

“He doesn’t waste time in looking for opportunity like this and the result is what you see.

“You have so much interventions.

“He has achieved so much in one year because he does not play his politics only in the South East.

“APC Administration of President Muhammadu Buhari is so willing, so liberal and forthcoming to support every part of Nigeria to make sure that Nigeria is evenly developed.

“So what we are witnessing here in Imo will be replicated in Ebonyi.

“We hope by the Grace of God Anambra is coming on board.

“We are expecting Abia to be on board.

“And of course we are hoping to bring Enugu on board.

“Nigeria should be a united country where the progressives provide the leadership for this country to be great.

“We have some issues today.

“We have some security challenges.

“No country ever developed without facing challenges, but what makes the difference is the willingness, the capacity to fight your challenges and we can do this together and make Nigeria a safer place, a better place and make all the people of Nigeria to have a better life.”

The Senate President said Uzodimma, who was a senator during the Eighth National Assembly, served “extremely well”.

Lawan added: “He distinguished himself a Senator of the Federal Republic.

“Very reliable, predictable, passionate and he is someone you can always rely on.

“We served in so many other parliamentary organisations within and outside the country and we never found him wanting.

“So when he became the Governor of Imo State, I just thought Imo will be taken to the next level by the Grace of God because they have gotten the right person.”

The Senate President assured the Governor that the Senate and the National Assembly in general would always be on his side.

He said: “We will continue to support you.

“We will continue to support the government of Imo State.

“We will continue to support the entire people of Imo State.”