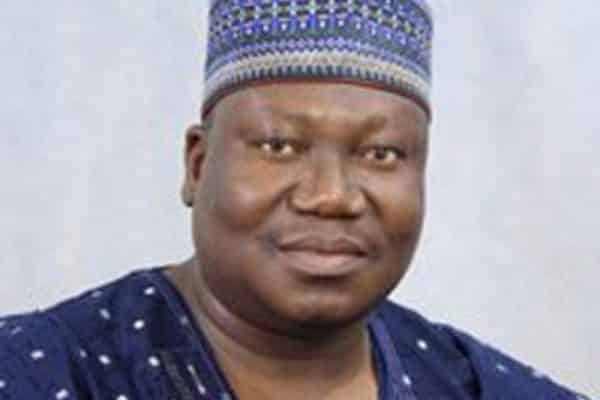 The President of the Senate, Ahmad Lawan, has described the late Senator Rose Oko as one whose life exemplified the spirit of unity for which the Ninth Senate is known.

Lawan stated this during a valedictory session on Tuesday in honour of the lawmaker, who until her death represented Cross River North Senatorial District.

The lawmaker, who served as Chairman, Senate Committee on Trade and Investment, died of an undisclosed illness in the United Kingdom on March 23, 2020.

The Senate President while paying tribute to the deceased, described Oko as a “very deeply committed and disciplined person”.

He added: “That impression I’m sure, is what characterised her life.

“Anybody who interacted with her, would testify to that.

“Like all of our colleagues who contributed to the tribute said, death is indeed an inevitable end.

“It is what we do with our lives that eventually matter.

“This is one session that brings the number of valedictory sessions to four in this Senate.

“Before the demise of our sister and colleague, three other Senators died at different times.

“And today, this is another sobering moment for us all.”

Earlier, the Senate Leader, Yahaya Abdullahi (APC-Kebbi North), in a motion brought to the floor, reeled the sterling achievements of the deceased lawmaker.

“A career Educationist, she was appointed in 1993 as Director General, National Defence and Security Council, and Cabinet Secretariat under the then Military Presidency.

“Between 1993 and 1994, she was appointed Director General, Provisional Ruling Council again under the then Military Presidency.

“In 1999, Rose registered and formed part of the team to introduce the Peoples Democratic Party to Cross River State as an inactive member of the party.

“Between 2002 and 2004 after she retired from public service, she registered and introduced the National Democratic Party to Cross River State and served as the party’s Deputy Chairman South as well as a member of the Board of Trustees.

“She continued to serve as Chairman, Board of Trustees for the NDP up till 2007 when she ran as a Gubernatorial Candidate for Cross River State, a contest she lost to the PDP.

“In that same year, she re-enlisted as a member with the PDP and in the 2011 elections contested to represent Yala/Ogoja Federal Constituency in the National Assembly, a position she held until she was twice elected to the Senate first in 2015 and then again in 2019.

“As a Senator of the Ninth Assembly representing Cross River North, Oko was until her demise the Chairman, Senate Committee in Trade and Investment and also member of other Committees in the Senate.

“I feel depressed and disturbed by the death of our dear friend and colleague, a very amiable and dependable member of this Distinguished Senate, but Almighty God knows best.

“When I got to know Rose at the Eighth Senate, she impressed me as a quiet public intellectual full of wisdom, erudite, disciplined with a diction worthy of her training in linguistics.

“She was a dependable ally in our quest for worthy causes both at plenary and in Committees. Goodbye Rose, we miss you dearly until we meet to part no more.”

Aliyu Sabi Abdullahi (APC-Niger North), who recalled her role in the establishment of the Nigerians in Diaspora Commission, advocated for the headquarters to be named after the deceased lawmaker.

Abdullahi said: “The Nigerians in Diaspora Commission, which is now an Act, was passed in the last Assembly under her Chairmanship.

“She spearheaded meetings with International Diaspora bodies all over the world; she had an agreement with them on how the Commission would be, and how Nigerians in Diaspora can contribute to national development.

“I think we should consider naming the Headquarters of the National Diaspora Commission after her.”

Gershom Bassey (PDP-Cross River South), described the death of the deceased as “shocking.”

According to Bassey, Senator Oko was an intelligent parliamentarian and “smooth political operator” who had a keen understanding of events in the country.

Another lawmaker, Sandy Onor (PDP-Cross River Central), said: “When the news of her passing filtered to us, I personally felt devastated.

“I knew we had lost a rare gem.

“I knew we had lost an icon.

“I’m overjoyed because, regardless of her passing, when we didn’t expect it to happen, Rose Oko will continue to be a beacon of light and inspiration, a great amazon not only for women in Cross River, but for women in Nigeria.”

Francis Adenigba Fadahunsi (PDP-Osun East) said the contributions of the deceased Senator to nation building remains a legacy, which she would for long be remembered.

On his part, George Thompson Sekibo (PDP-Rivers East) said the deceased “believed in the unity and progress of this country, and she fought for it.

“She fought against corruption, looking at the motions she brought forward.

“She fought for good governance as a Senator, which is one of our priorities as lawmakers.

“Above all, she believed that in her lifetime, poverty will be reduced in Nigeria.

“Rose brought in motions and bills to fight these things and shape Nigeria into what it should be.”