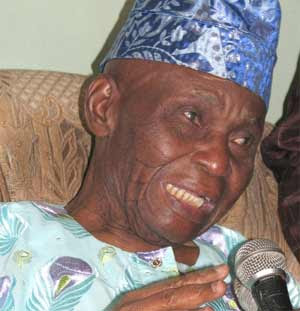 The Oyo State Government has officially listed the Oke-Oluokun home of the late politician, Chief Adegoke Adelabu, as one of the tourist sites in the state.
Governor Abiola Ajimobi stated this in Ibadan at the memorial programme held in honour of the late politician tagged: “58 Years after 1958.”
Ajimobi said: “It is our desire to partner with the family in promoting this historical monument.
“Our first step is to place it on the official list of tourist sites in the state as a mark of honour, respect and in remembrance of the late hero of the masses.
“This is in recognition, remembrance and celebration of the eloquent and flowery politician’s enviable academic records, exceptional writing skills, oratorical prowess and contributions to the Nigerian political landscape.
“He was the pioneer of grassroots politics in the then Western Nigeria during his short lifetime.”
Ajimobi, who was represented at the occasion by Toye Arulogun, the Commissioner for Information, Culture and Tourism, commended the efforts of the Adegoke Adelabu Foundation in immortalising the late politician.
The governor emphasised the need to ensure that “our heroes past did not labour in vain”.
He added: “The Oyo State Government is sufficiently enthused with the development at late Chief Adegoke Adelabu’s Taj Mahal.”
Adelabu’s home, located in the heart of Ibadan, had undergone extensive renovation, with the structure now containing his grave, library, literary works, office, personal effects, photographs and other historical items.
Monday’s programme featured the public presentation of the newly rehabilitated home, Taj Mahal, in honour of the late politician.
Adelabu, a colourful politician in the First Republic, was popular for his nickname: “Penkelemesi,” his local coinage for “peculiar mess” that he frequently used in describing an unwholesome situation.
Born on September 3, 1915, Adelabu was a leading Ibadan politician, who championed the cause of the National Council of Nigeria and the Cameroons, led by the late Dr. Nnamdi Azikiwe, the nation’s first ceremonial president.
The late politician, who died on March 20, 1958, was the opposition leader in the Western Region House of Assembly from 1951 to 1958.
He was also the first Nigerian Manager of United Africa Company Nigeria, the first Chairman of Ibadan District Council as well as Minister of Social Services and Mineral Resources.