LASTMA experience is a proof that state police will succeed – Ambode 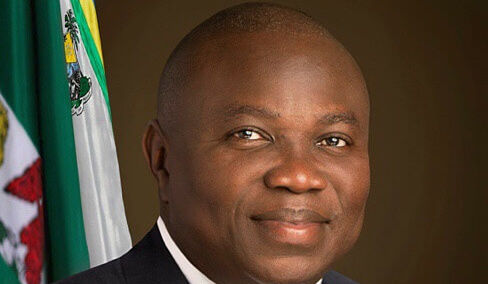 The Lagos State Governor, Akinwunmi Ambode, on Tuesday said the state’s experience and success with the Lagos State Traffic Management Authority was a sign that state police would succeed.
Amobode spoke at the 6th Federal Road Safety Commission Annual Lecture in Abuja with the theme: “State Road Traffic Management Efforts: the LASTMA Experience.”
He said LASTMA was established as a traffic management agency in the state to curb traffic issues and carry out the required enforcement responsibilities.
He said prior to the new regime of traffic management in the state, an estimated loss of N42 billion worth of man-hour was recorded in Lagos on annual basis as a result of chaotic traffic situations.
He said this was as a result of traffic congestion, hectic gridlock or hazardous situations exerting enormous pressure on available roads networks.
Ambode said: “With the establishment of LASTMA came the exertion of traffic control, monitoring and enforcement of traffic rules and regulations, traffic-related public education and enlightenment and conduct of research and statistics on roads.
“Road furnishing, installation and maintenance; education of drivers, motorist and the general public on proper use of the highways and control and management of traffic operations state-wide was introduced among others.
“Our LASTMA experience in Lagos has demonstrated one thing: the need to extend it to the creation of State Police.
“What Lagos State has demonstrated with LASTMA is that we should have no fear if the police is locally domesticated. We will only promote efficient enforcement machinery.”
Ambode said LASTMA, though established as a traffic management agency, had done well in curbing the menace of reckless drivers and punishment for traffic offenders.
He called on states to leverage the Lagos LASTMA experience for sustainable road safety development in the country, but to do so without prejudice.
Ambode, who was represented by the Secretary to the State Government, Tunji Bello, said that from the experience of LASTMA, the law enforcement aspect of road traffic management had become more compelling, more demanding and equally more delicate.
He said traffic management agencies and personnel should recognise the uniqueness of the challenge they were confronted with and the need to collaborate with relevant agencies in the bid to ensure success in their activities.
According to the governor, road transport is imperative and cannot be bypassed or replaced.
However, it must be effectively managed.
He said enforcement of traffic management rules and regulations were essentially meant to ensure free-flow of traffic, discourage abuses and save lives rather than attempt to deliberately punish motorists.
He encouraged Nigerians not to see it as a ploy by government to generate revenue as being negatively perceived in some quarters, but should understand that traffic rules and regulations were for the wellbeing of all.
The News Agency of Nigeria reports that this year’s FRSC Annual Lecture had the Sultan of Sokoto, Alhaji Saad Abubakar, and Ambode as guest speakers.
NAN.