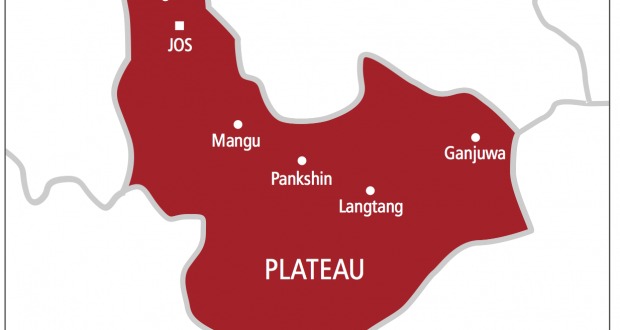 Major General Augustine Agundu, Commander, Special Task Force charged with restoring peace to Plateau State, southern Kaduna and some parts of Bauchi State, has vowed to recover lands forcefully grabbed from their original owners.
Agundu, who stated this on Tuesday during an assessment tour of Riyom Local Government in Plateau State, warned land grabbers to return them to their owners or face the wrath of the law.
He said: “If any land has been taken by anybody, there is no need for any negotiation on it.
“It must simply be returned to the owner.”
The STF Commander directed Sector 6 Commander in charge of Riyom area to get details of seized lands and report same to him “within one week”.
He said: “For people who have resources to rebuild their homes and miscreants went to destroy it, the command will hunt them down.
“What we are looking for is permanent peace.”
Agundu urged those who were in possession of weapons to surrender them or have them retrieved by the STF.
He claimed that peace had returned to Plateau State and advised the elders to encourage the youths to surrender their weapons.
Gabriel Sunday, National President, Berom Moulders Association, commended the STF Commander for his tireless effort toward ensuring lasting peace in the State.
Sunday pledged to lead the youths of Berom land to support and compliment the efforts of the STF.
Alhaji Bello Adamu, representative of the Ardo (Fulani Leader) of Riyom, told the Commander that the elders had ensured that herders and Fulani were law abiding.
Adamu lauded Agundu for restoring peace in Riyom, and promised his people’s full support to all efforts to consolidate on gains so far made in that respect.