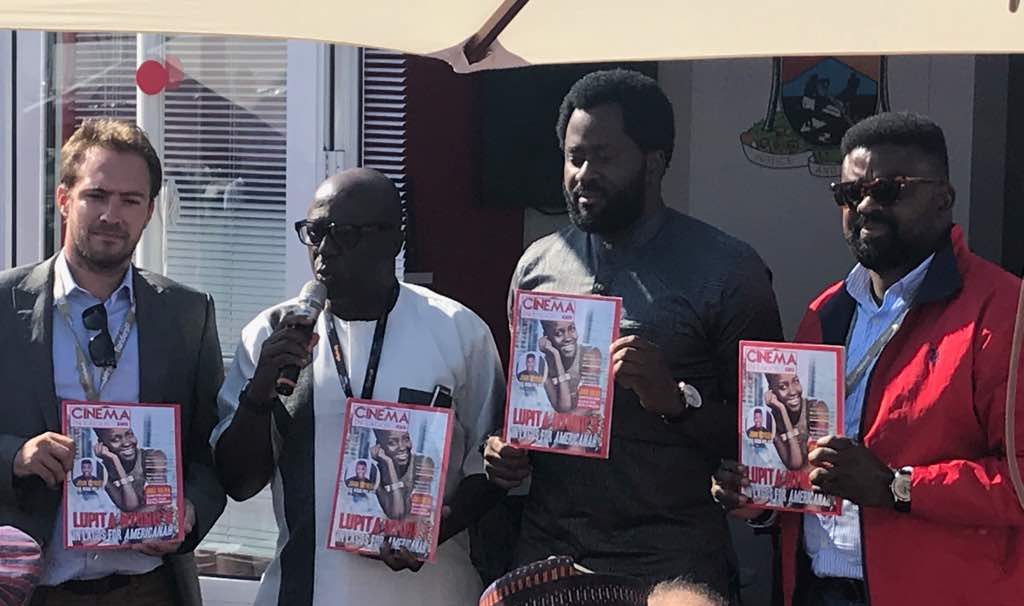 The Lagos State Government has encouraged film makers and producers across the world to take advantage of the massive infrastructure and enabling environment provided by the Governor Akinwunmi Ambode administration to shoot their films in the State.
The Permanent Secretary, Ministry of Tourism, Arts and Culture, Fola Adeyemi, said this on Saturday during the unveiling of the magazine, Cinema in Lagos, by the State Government at the ongoing Cannes International Film Festival in Cannes, France.
Describing the State as a land of opportunities, the Permanent Secretary emphasized that Lagos is the place to be for all filmmakers and producers across the world.
Adeyemi, therefore, called on global investors to take advantage of the liberal policies and programmes of this administration towards the creative arts and entertainment industry to heavily invest in this sector in view of its vision to make Lagos become the most preferred Tourism destination in Africa.
Adeyemi further added that Governor Ambode has a great passion for the creative arts and entertainment industry, which he envisioned will become the next global money spinner across the world.
While stating the abundant flora and fauna in the State, the Permanent Secretary said that it was gratifying to note that Lagos is blessed with natural beaches and scenery that will further improve on the film quality and production in the creative industry.
He therefore implored filmmakers to come to Lagos and shoot their films.
According to him: “We warmly invite you to Lagos to shoot your films. Lagos is inviting you to come over, we are indeed ready for you.”
In his remarks, the Chairman, Lagos State House of Assembly Committee in Tourism, Arts and Culture, Hon. Desmond Elliot, stated that Lagos State was not just in Cannes to sell and market itself as a venue for shooting films, but to tell the world that the State has a Government that is a lover of the arts and entertainment industry.
According to him Elliot: “If you have not been to Lagos, you have not tasted Africa.”
In addition, filmmaker and Board member of the Lagos State Council for Arts and Culture, Kunle Afolayan, invited filmmakers across the world to come to Lagos and do business as the State Government is committed to the growth of the film industry.