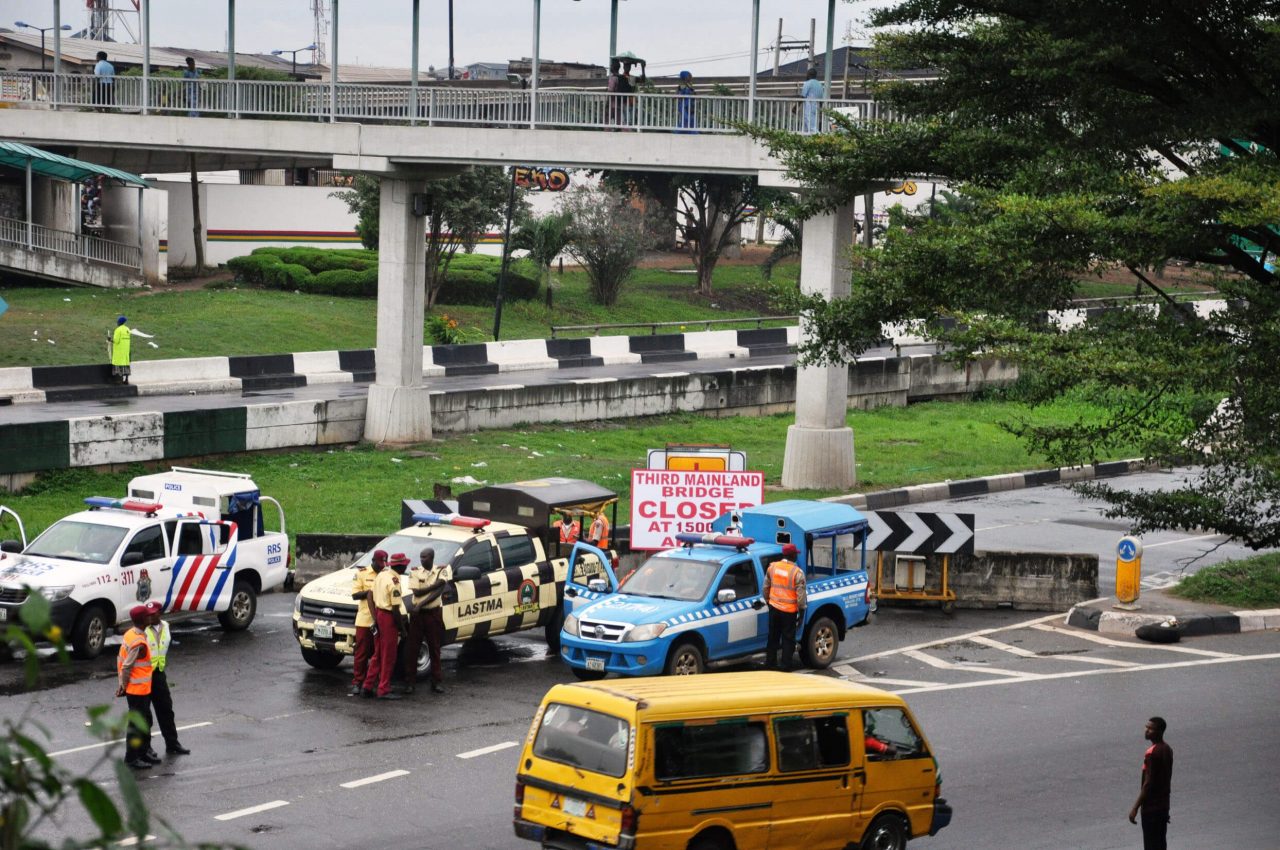 The Third Mainland Bridge in Lagos has been reopened to traffic after closure for three days for investigative maintenance tests, the News Agency of Nigeria is reporting.
The 11.8km bridge was closed to traffic on August 24 for investigative maintenance tests and it was scheduled to be reopened to traffic August 26.
NAN reports that Lagos State Commissioner for Transportation, Ladi Lawanson, led a delegation of the state officials to the reopening ceremony, while the Director, Highways, Bridges and Designs in the Federal Ministry of Works, Adetokunbo Sogbesan, also led the ministry’s team.
Also at the event were the heads of the traffic regulatory and law enforcement agencies and their teams.
After the opening ceremony on the bridge, Police officers supervised the removal of the barriers on the bridge about 5pm to open it to traffic.
Sogbesan told journalists that the bridge was opened earlier than scheduled because the test was completed on time due to favourable weather.
“We were to open the bridge at midnight today, we are going ahead of schedule,” he told journalists.
He said the result from the test would be sent to Italy and that it was an opportunity for technology transfer as local engineers would join in the analysis of the result from the expansions joints.
Sogbesan said underwater inspection of piers of the bridge would be done later in November when the water level would have gone down.
The Federal Controller of Works, Lagos State said about 32 expansion joints were tested, adding that the results needed analysis before further action.
He said: “We expect that the result would be out by next month.”
The Lagos State Commissioner for Transportation, reacting to the opening, said: “I am as excited as all Lagosians.”
He commended the tests, stating that it was a proactive measure toward observing good maintenance culture.
Lawanson said the state was developing its other modes of transport for ease of movement across the state, adding that it had just finished a conference of developing water transport.
Gainrranco Albertazzi, Joint Managing Director, Borini Prono, the contractors handling the project, said digital machines were used to get accurate readings from the expansion joints.
Albertazzi thanked residents and motorists for their cooperation during the period of the closure of the bridge.
The Deputy Commissioner of Police in Charge of Operations in Lagos State, Ali Mohammed, said the Police were able to effectively manage the traffic and security during the period of the closure.
According to Mohammed, policemen were stationed at every 100 metres along the diversion routes, adding that there were no complaints relating to the bridge closure.
“We deployed over 1,000 policemen to take charge of these points until the bridge is open,” he said.
Also, Assistant Corps Commander of the Federal Road Safety Corps, Hauwa Olowookere, said the collaboration of all the agencies made the operations smooth during the closure.
Adeoye Oluyemi, Head of Operations, Lagos State Traffic Management Authority, disclosed that more than 650 officials were deployed during the period, adding that there were no issues except for a lone accident around Adeniji Adele.
There were enough caution tapes, reflective signs and adequate signs on diversion routes during the period, Oluyemi added.