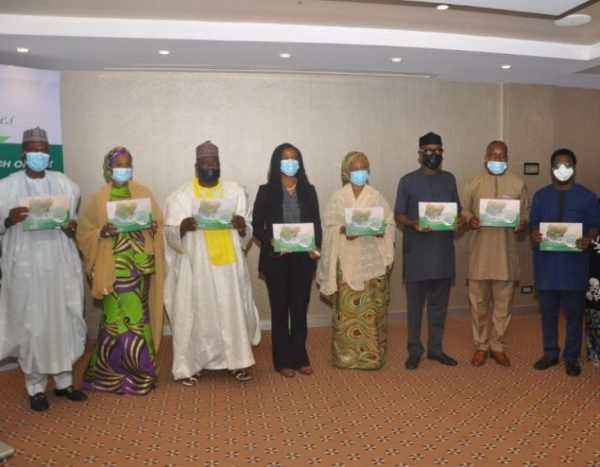 Yewande Sadiku, NIPC’s Executive Secretary, disclosed this on Monday in Abuja at the formal launch of its “Book of States” by Minister of Industry, Trade and Investment, Otunba Adeniyi Adebayo.

The News Agency of Nigeria reports that the “Book of States” is a compendium of competitive advantages and key investment opportunities in each state, to enable investors appreciate the investment potentials in Nigeria.

Sadiku, while presenting the document, highlighted various investment opportunities and comparative advantages across the 36 states and FCT to attract potential investors as captured in the document.

According to her, Lagos has the largest concentration of young, skilled and educated workforce, including largest tourism and entertainment industry in Africa, as well as best city for start-ups in Africa.

Sadiku stated that the project, which was produced by NIPC in conjunction with the Nigeria Governor’s Forum, was a means to sell Nigeria by highlighting the uniqueness of each of the 36 states and the FCT.

The NIPC boss equally highlighted the competitive advantages of  some states, including Bauchi, Ekiti, Enugu, Kano, Sokoto and Taraba.

She stated that Bauchi State had N11.7 billion IGR in 2019 with over 4.2m ha of arable land with 2.4m ha untapped, adding that it spanned two ecological zones (Sudan and Sahel Savannah).

According to the NIPC boss, Bauchi has high deposit of solid minerals such as gold, titanium, limestone, kaolin and zinc with tourism potentials.

She described Ekiti, which has N8.5 billion IGR, as the knowledge capital of Nigeria due to the history of producing a disproportionately high number of professors and academics.

“It produces cocoa, kolanut, timber, granite among others.

“Sokoto State has rich fertile soil for cultivation of many crops, the largest limestone reserves in Africa, largest phosphate deposits in Nigeria, and is endowed with gold, Nickel, copper and zinc.

“It ranks second in livestock production in Nigeria and is also a major producer of rice, onions, garlic and sesame, and possesses hydro (Goronyo), solar, wind, biomass and gas potentials.

“Enugu State houses the only international airport in the South East of Nigeria, presence of multiple Free Trade Zones in the state, large aggregation of technology, innovation and start-up hubs.

“It has over 16 universities and tertiary institutions, abundant coal, iron ore, limestone, etc, deposits, and a strategic gateway between the agricultural belt of the North and the manufacturing hubs of the South.”

She also said that Taraba, which had the largest tea farm in Nigeria, was endowed with mineral resources, while its IGR was N6.5 billion in 2019.

She noted that the “Book of States” was just one out of many efforts to promote investment opportunities in the country, adding that the commission was working on other plans.

She said: “The investment passport is another document that will identify, and will be useful in promoting the investment opportunities in the states.

“This is the next thing we are working on along with profiling of specific investment opportunities of each state.”