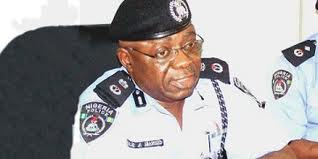 The Lagos State Police Command has been ranked first among the police commands in the country.
This followed the release of the national result of the Police Station Visitors’ Week conducted in 2012 by the prestigious Altus Global Alliance.
According to the result, seven police stations in the Lagos State Police Command were among the 10 best police stations in Nigeria.
The police stations include are the ones in Victoria Island, Alakuko, Badagry, Ajah, Ilupeju, Ijanikin and Alakara.
The other are those in Kuje in Abuja, Central Police Station in Awka in Anambra State and the Olu Obasanjo in Rivers State.
The overwhelming success of the police stations in Lagos State was attributed to their conformity to lay down international assessment modus by the Altus Global Alliance.
Blessing Abiri, the Africa Regional Representative of Altus Global Alliance, stated that the top 10 police stations met the requirements of a good police station.
Abiri said: “A  good police station is oriented to the community with adequate physical conditions.
“The station personnel have to know its public and treat them equally by providing trained staff and sources of information to attend to different community needs.
“Transparency and Accountability are two major aspects of a good police station and a good police station respects detainees’ rights and provides good detention conditions.”
The 2012 Police Station Visitors’ Week is the sixth edition.
It was conducted from December 3 to 9, 2012.
Six countries participated in Africa.
They include are Benin, Cameroon, Ghana, Kenya, Liberia and Nigeria.
According to the press statement by Altus: “In Nigeria, 897 visitors participated; 483 (53%) of them were female while 414 (47%) were male. Two hundred and sixty-two police stations were visited in 14 police state commands namely: Abia, Anambra, Akwa Ibom, Enugu, Federal Capital Territory, Imo, Jigawa, Kaduna, Kano, Katsina, Lagos, Niger, Rivers and Zamfara States. The visitors were sent in groups or teams; each team made up of an average of three persons. The team leader was responsible for coordinating the visit including writing narrative reports in line with the narrative report guideline by Altus.
“Visitors were drawn from diverse groups and organizations including Market Traders Associations, Artisans Associations, Women interest groups and special interest groups such as Persons Living with Disabilities, Schools, Local Government Councils, CSOs, CBOs, Ministry of Police Affairs, National Human Rights Commission, Legal Aid Council and everyday ordinary citizens. The leader of each team coordinates the visit to the police station and thereafter uploads the scores with the narrative report of their findings to Altus website specially designed for the purpose. He/she will then send the kits and the narrative report to the Altus representative’s office which in Nigeria is the CLEEN Foundation.”
Also, the comparative analysis of the overall assessment of performance of the police stations in Nigeria in 2012 and 2011 shows an average of 50.07 and 50.25 respectively.
The Adeniji Adele Police Station, Alakuko Police Station, Ebute Ero Police Station, Isokoko Police Station, Victoria Island Police Station in the Lagos State Police Command; the Gusau Police Station, Zamfara State Police Command; and the Mpape Police Station, FCT Police Command, were recognized and awarded stations with good policing practices.
Desire Nsirim, the Commissioner of Police Niger State Police Command, won the award as the Most Engaging Commissioner of Police.
Most Distinctive Improvement award went to the Mpape Police Station, Abuja.
It was won by SP Ayobami Turajudeen.
The Altus Annual Police Station Visitors’ Week is an international programme that is organized to facilitate local community groups visiting police stations and assessing the quality of services delivered by police departments, to identify best practices used by police and to strengthen the accountability of the police to the local community.
The programme relies on planned annual visits by community groups to their local police stations.
They align with people around the world to visit and review their local police stations by using a simple assessment tool kit composed of 20 questions based on five indicator areas.
The indicator areas are drawn from international laws and protocols on policing and human rights.
Altus Global is an alliance of six non-governmental organizations and academic centres in five continents, created in 2004 to promote safety and justice around the world from a multicultural perspective.
These organizations are: the Centre for Studies on Public Safety, Santiago, Chile; the Centre for studies on Public Security and Citizenship, Rio De Janeiro, Brazil; the CLEEN Foundation, Lagos, Abuja, and Imo Institute for Development Communication; Chandigarh, India; INDEM Foundation, Moscow; Vera institute of Justice, New York.
Other international partners include the Friedrich Ebert Foundation, Justice 4 All and the CHASE programme of the UK Department for International Development, London for Africa.
The PSVW Tool Kit includes a simple scoring system that allows each individual to assess each station in 20 areas, producing scores on five categories of service, including Community Orientation, Physical Condition, Equal Treatment of the Public, Transparency and Accountability and Detention Conditions.