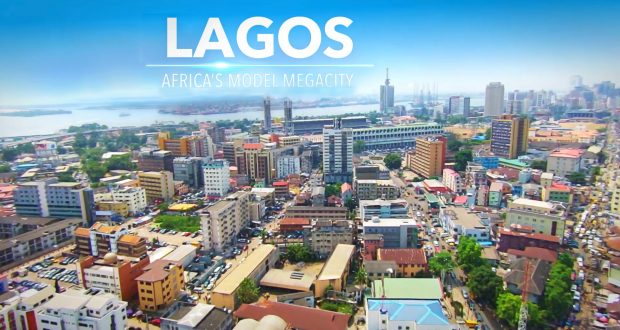 The Lagos State House of Assembly’s Public Hearing on the state new Land Use Charge (Amendment) Law, 2018 went rowdy on Tuesday as some stakeholders staged a walk out.
The News Agency of Nigeria reports that stakeholders walked out after the House declined to yield to calls for the postponement of the exercise by the stakeholders.
The stakeholders include the members of the Nigeria Bar Association, Ikeja Branch, Joint Action Front and the Committee for the Defence of Human Rights.
The aggrieved, who started chanting “No, no, we no go pay land use charges, we no go pay” walked out from the Lateef Jakande Hall of the Assembly Complex, the venue of the event.
The Speaker of the House, Mudashiru Obasa, had hardly completed his address, where he told the stakeholders that the exercise was in response to people’s call, when Adesina Ogunlana, Chairman, NBA, Ikeja Branch raised a point of order.
Ogunlana informed the House that the stakeholders got the notice of the public hearing late and could not get a copy of the law to be amended, hence, they were calling for a two-week adjournment.
He said: “Yesterday, (Monday, we received a letter inviting us today for this programme as well as a copy of the amendment at our secretariat of the NBA, Ikeja Branch.
“What we did was to write a letter to the Honourable Speaker informing him of the necessity for an adjournment of this public hearing.
“It is gratifying to note that the Speaker and other honourable members of the House are interested in our views and the views of others and that we should not come to a compromise.
“What we did was to first go back to the cabinet office to look for the law being sought to be amended, that law is not even with the government.
“Even in this House, I have made enquiries, and we cannot even get a copy of the law.
“The truth of the matter is that the amendment sought, and a copy of the law must be given to the stakeholders, if we are going to have meaningful contributions.
“The huge task of evaluating the legality and the general operational dynamics of this law vis-a-vis the amendment is clearly an assignment beyond the space of 24 hours or a similar period of time.
“Our humbly request is this, if we may be permitted to counsel, we request the adjournment of this public hearing in no less than two weeks.”
Ogunlana said that such an adjournment would allow stakeholders have adequate time for cogitative and comparative study of the proposed amendment as well as the qualitative and comprehensive submission via memoranda.
He said that if the exercise continued it would be counter-productive at the end, saying that “what is worth doing at all is what doing well’’.
According to him, there is no way the stakeholders will have meaningful contributions if they do not have copies of the law and enough time to study it.
He said that the group would return to the street on Thursday for protest against the law.
Also speaking with NAN, Abiodun Aremu, Secretary of the JAF, Lagos State, said that the group would mobilise residents against the law.
Aremu said: “We are not pleased with the processes. The will of the people prevails at all times. The JAF has a record of defending the poor in Lagos State.
“We are not satisfied; they should meet us on the streets because the people will not pay this. We are going to mount a campaign that people will not pay.
“Every bad law must be rejected by the people. You can make a law and once they are not acceptable to the people, they won’t obey.
“This money is not payable, it is not acceptable and we must resist it.”
According to him, public hearing is not the same with public consensus and the first line is to consult with the people.
Joseph Onaguwa, the Secretary for the CDHR, Lagos State said: “This House has disrespected the people by declining to add two weeks for us to have a copy of what they want us to discuss”.
In his response, the speaker said that the stakeholders still had ample time to come and submit their memoranda on the amendment after the public hearings.
Earlier, the speaker had urged the stakeholders to make contributions on what was acceptable to them, saying what the state was getting from the Federal Government was not enough to take the state anywhere.
Obasa said: “We are here to discuss and reach a compromise on what is acceptable. In making your contribution, remember Lagos State and its huge population.
“We have been short changed and there is nothing for us than to look inward and seek more revenue to develop our state.
“What we are getting from the Federal Government is not enough. We have begged, we appealed and moved motion for special status for Lagos State and nothing happened.
“So we have to look inward and think of what we can do to move Lagos forward. We can’t do it alone without you.
“Fine, what we have presented might be outrageous and exorbitant.
“Let’s come home and think of what will be acceptable but not to the detriment of our children who are the future, we must think about.”
NAN, however, reports that the hearing went ahead after the stakeholders had staged a walk out.