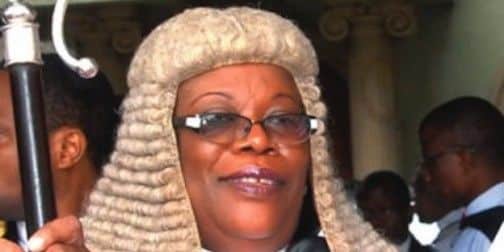 Three new Lagos State judges are to be sworn in on March 8, an official announced in Lagos on Monday.
The newly-appointed judges are: Emmanuel Ogundare, the Chief Registrar of the State High Court; Sherifat Solebo, the Deputy Chief Registrar, Special Duties, also of the State High Court; and Idowu Alakija, the State Director of Public Prosecutions.
The state boasts of 57 judges and 98 magistrates.
Grace Alo, Assistant Director, Public Affairs of the State High Court, said in a statement that the appointments of the three judges had been approved by the National Judicial Council on the recommendation of the State Judicial Service Commission chaired by the Chief Judge, Justice Oluwafunmilayo Atilade.
Governor Akinwunmi Ambode is expected to preside at the occasion scheduled for the Banquet Hall of the Governor’s Office, Ikeja.