Banters here and there, waving of hands and laughter.
“Can you see me?”
“Am I connected?”
“Yeah, I’m here.”
Suddenly, at about 11.05am, the Chairman enters and announces his presence by calling the house to order. All is quiet.
It was an exciting moment this morning at the Lagos State Executive Council meeting – the first-ever virtual meeting in the history of governance in the State. Nigeria? Well, not clear.
The Chairman is no other person than Governor Babajide Olusola Sanwo-Olu. The Deputy Chair is Dr. Kadri Obafemi Hamzat, the Deputy Governor.
The Commissioner for Information and Strategy, Gbenga Omotoso, said the meeting was held via Zoom, a free HD meeting application with video and screen sharing for up to 100 people.
It was all in compliance with the directive against gatherings as part of the anti-Coronavirus battle-plan.
“The meeting was slated for 10:45am but almost all EXCO members had hooked up to the system by 10am, awaiting the arrival of Mr. Governor to kickstart deliberations for the day,” Omotoso said.
Governor Sanwo-Olu came online at about 11:05am. On top of the agenda was the review of the management of COVID-19, especially the provision of additional isolation centres, the fumigation of the State against the spread of the virus, and the package for the less-privileged and daily income earners, the indigent.
“The Commissioner for Agriculture, Mr. Gbolahan Lawal, briefed members on the distribution of the relief packages to local governments and local council development areas. Members reviewed areas where teething problems occurred and proffered ideas to solve identified problems,” Omotoso added.
There were comments by some members. As the debates and clarifications went on, the Chairman announced that those eager to speak should spend a minute each.
While acknowledging the excitement of members for being part of the first virtual meeting of the Lagos State Executive Council, the Commissioner said the feat affirmed that governance in Lagos will proceed seamlessly despite the 14-day restriction announced by President Muhammadu Buhari.
Lagos and Ogun States as well as the Federal Capital Territory, Abuja are on a 14-day lockdown.
“Members were in high spirits. Some of us were in our offices; others attended the online meeting from the comfort of their homes. With this historic achievement, residents are assured that governance in Lagos State will continue, irrespective of the situation around us,” Omotoso asserted.
The idea of the online meeting was mooted by Governor Sanwo-Olu, who directed the Ministry of Science and Technology to facilitate it. The Special Adviser (Innovation and Technology), Olatunbosun Alake, moderated the meeting, reading out the dos and don’ts of the session, which Science and Technology Commissioner, Hakeem Fahm, described as “historic”.
“We should let our people know about this,” Waterfront Infrastructure Development Commissioner, Kabiru Ahmed, said excitedly after the meeting. 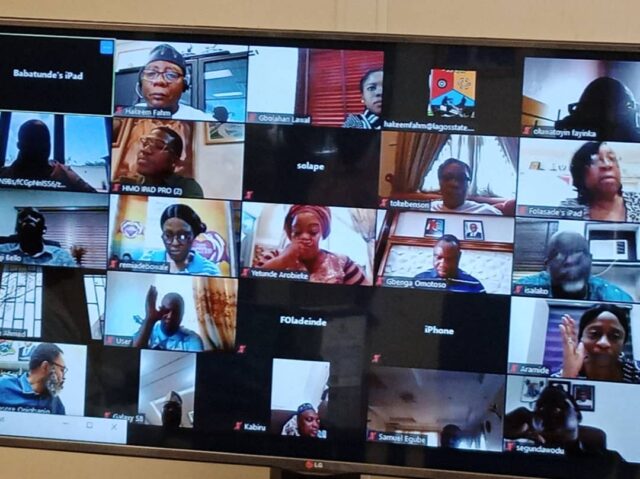 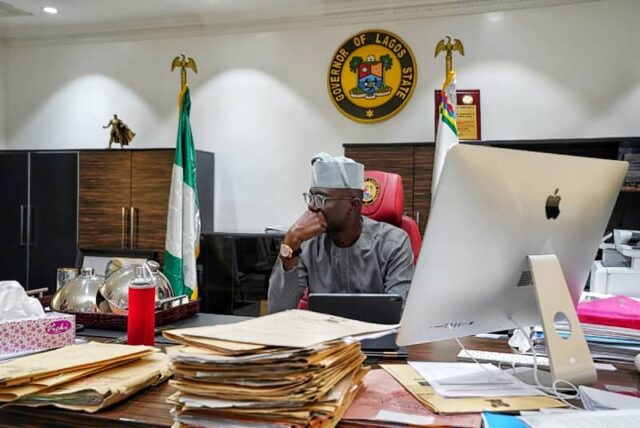