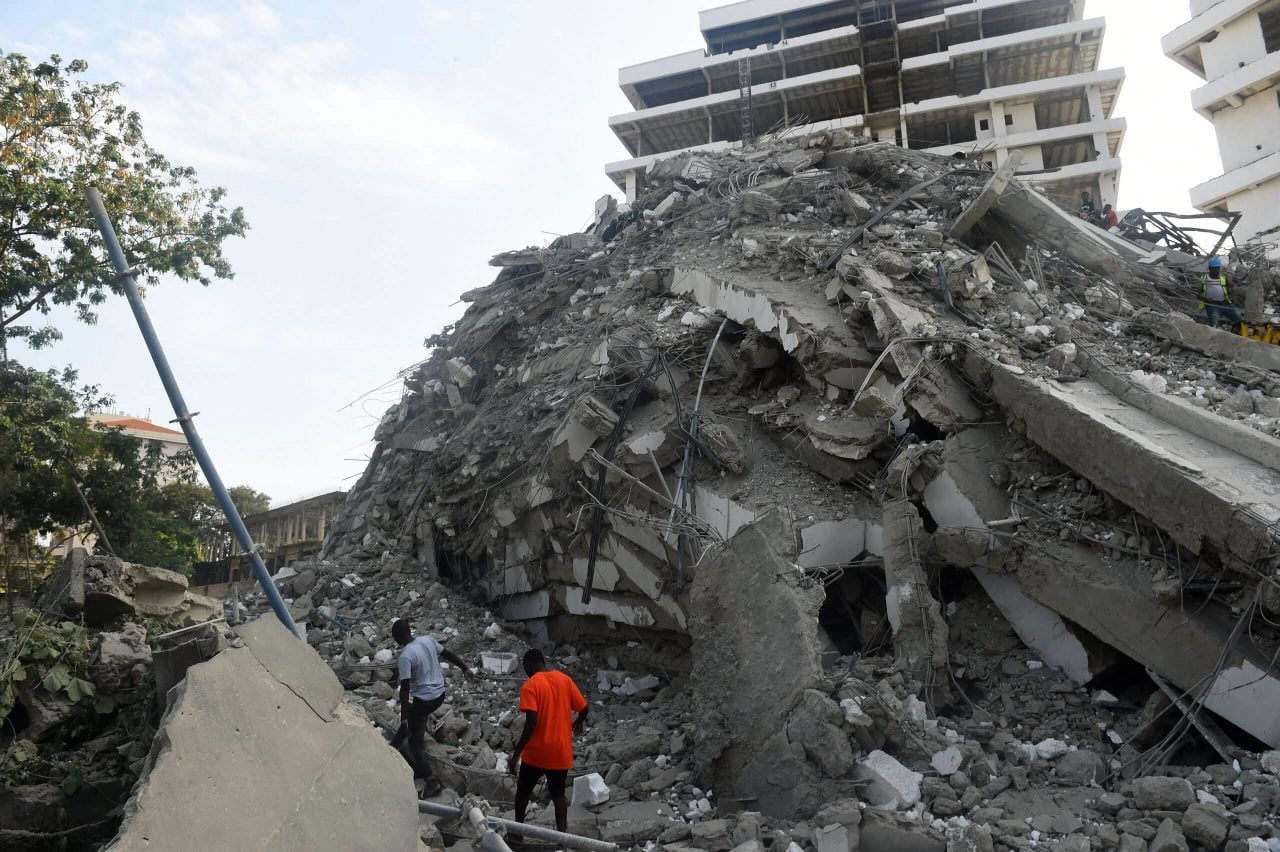 The Lagos State Government said  it has directed prompt investigations to unravel the cause of the building  which collapsed a at 2/4 Oye Sonuga Str., Palmgroove, Mushin Local Government on Friday.

The Commissioner for Physical Planning and Urban Development, Omotayo Bamgbose-Martins, said this at the site.

He said the incident, which occurred at midday, was “the partial collapse of a four-floor building that is over forty years old”.

Bamgbose-Martins, according to a statement Mukaila Sanusi, spokesman of the Ministry, said that while investigations were on, he had directed that the adjoining building be demolished for safety reasons to avert danger.

The Commissioner said that the Lagos State Building Control Agency (LASBCA) and the Lagos State Materials Testing Laboratory had been instructed to begin work to unravel the cause of the collapse.

He said the Lagos State Emergency Management Agency had since begun rescue operations and efforts were on to save anyone trapped in the rubbles.

Lagos has recorded recurring cases of building collapse, with Friday’s incident coming on the heels of that of a seven-storey  building on Oba Idowu Oniru Street, Lekki, on Sept. 4.

The building, which was under construction, caved in, leading to the death of no fewer than five persons.

The former Commissioner for Physical Planning and Urban Development, Dr Idris Salako, resigned his appointment a day after the incident.

Commissioner for Information and Strategy, Gbenga Omotoso who announced Salako’s resignation in Ikeja, did not state the reason for his decision .

He stated, however, that the commissioner’s resignation was a prelude to the restructuring of the Ministry of Physical Planning and Urban Development and its agencies.

He added that Gov. Babajide Sanwo-Olu accepted the Commissioner’s resignation, thanked him for his services to the state and wished him success in his future endeavours.

“The governor warns all players in the sector to respect the law or face the consequences of any indiscretion, no matter who the perpetrators are,’’ Omotoso had stressed.

On September17, his successor, Bamgbose-Martins, was quoted as telling staff members of agencies under the ministry that it could no longer be business as usual.

This is contained in a statement by Mukaila Sanusi, spokesman of the Lagos State Ministry of Physical Planning and Urban Development.

Sanusi quoted the Commissioner as speaking during his maiden meeting with staff of agencies under his ministry in Alausa.

The meeting, according to the statement, was held with staff of the Lagos State Physical Planning Permit Authority (LASPPPA) and the Lagos State Building Control Agency (LASBCA) District Officers.

It said that the state government was  adopting rewards and sanctions for efficiency of its agencies monitoring the construction sector and urged the staff to brace up for change.

He said they could not be ignored if the ministry must meet the aspirations of the state government for a sustainable built environment and 21st century economy.