The Commissioner of Police, Lagos State, CP Hakeem and other dignitaries on Thursday launched the Police Campaign Against Cultism and other Social Vices at the Parade Ground, Police College, Ikeja.

The event was chaired by Ambassador Aminu Wisdom. Other dignitaries that were present at the event included the Governor of Lagos State,  Babajide Sanwoolu, who was represented by the Permanent Secretary, Special Duties and Intergovernmental Affairs, Mobolaji Gaji, the Speaker, Lagos State House of Assembly,  Mudashir Obasa, represented by Setonji David, the Assistant Inspector-General of Police in charge of Zone 2, Onikan-Lagos, AIG Ahmed Iliyasu, religious leaders, the youths, students, heads of the armed forces and other security agencies in Lagos State, senior police officers and the chairman, Police Community Relations Committee, Lagos State, Apostle Kehinde Showemimo. 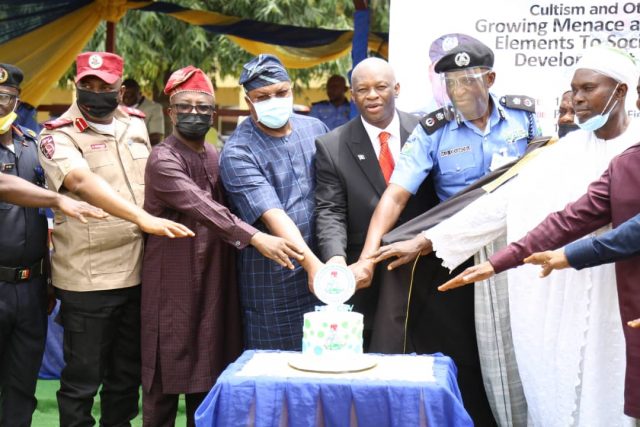 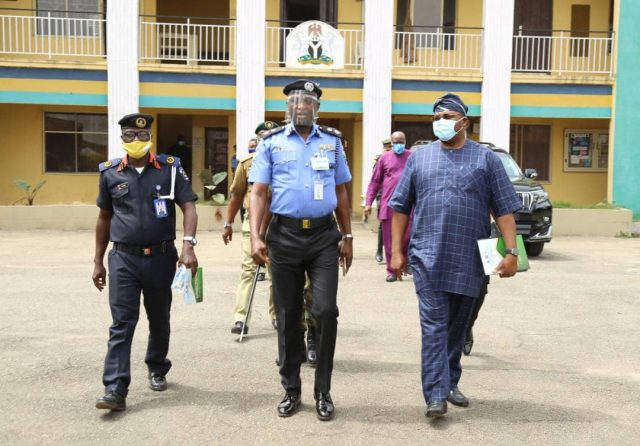 The National Coordinator, POCACOV, CSP Ebere Amarizu gave a brief on the establishment, duties and achievements of the unit at the event while he encouraged the youths and all the stakeholders to support the Inspector-General of Police, Mohammed Abubakar Adamu on the fight against cultism and other social vices across the country. He also promised that the campaign will be launched and spread across the states of the federation.

The Governor of Lagos State, Babajide Sanwoolu,  in his speech, appreciated the Inspector-General of Police, the Lagos State Police Command and the organisers of the event for initiating such a laudable campaign structure against cultism and social vices at a time like this. He therefore assured the police of adequate support towards maintenance of law and order; and combating crimes and criminality in the state. 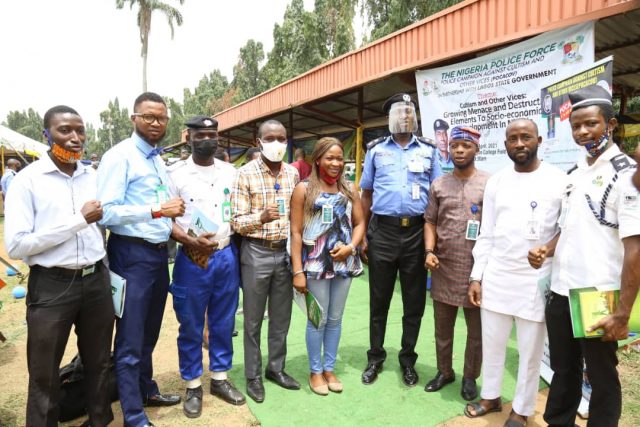 The Commissioner of Police, Hakeem Odumosu, while commending the Inspector-General of Police for the establish of the unit, also commended the government and good people of Lagos State for providing the wherewithal and legal framework to the police to fight cultism in the state as the new Lagos State Anti Cultism Law, 2021, has been fully implemented. He confirmed that sixty (60) suspected cultists were charged to the Chief Magistrate court, Yaba, on Wednesday, and many cultists will still be apprehended and prosecuted with the same law.

At the event, the stakeholders such as the Oniru of Iru-Land, Oba Gbolahan Lawal, represented by retired CSP Fisayo Ishola, Chief Imam of Lagos State and the State Chairman of the Christian Association of Nigeria, appreciated the leadership of the Nigeria Police Force on their efforts towards combating crimes and criminality in all ramifications in the state and beyond. They however promised to contribute their quota to the fight against the societal menaces of cultism, rape, gangsterism, hooliganism etc, which must be totally eradicated for peace to reign in our land.

St Petersburg may get increased capacity at Euro 2020