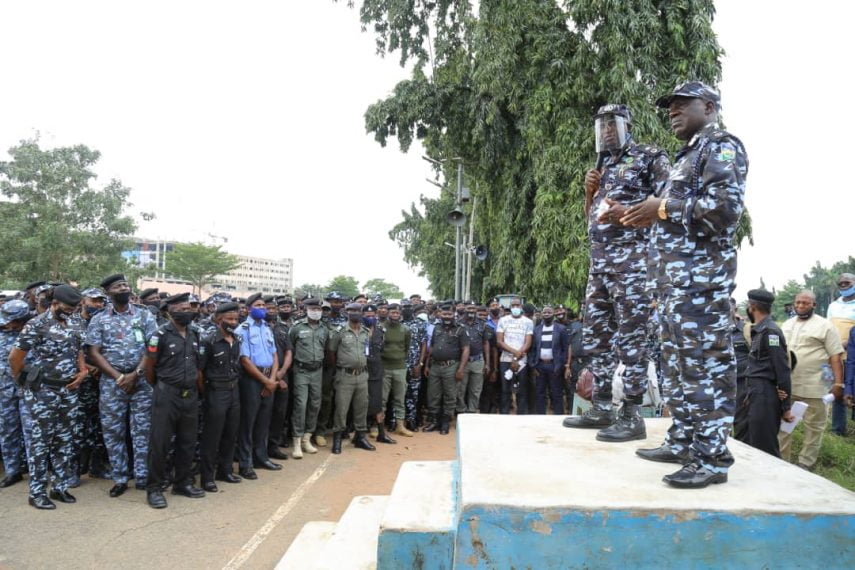 The Commissioner, Lagos State Police Command, Hakeem Odumosu, has deployed 1000 officers and men for Edo State gubernatorial election scheduled to hold on September 19, 2020 to augment the men deployed by the Inspector-General of Police, Muhammed Abubakar Adamu.

The Commissioner of Police warned the officers and men from Lagos State Command to be of good conduct and exhibit professionalism in discharging their duties before, during and after the election.

Odumosu gave the admonition on Sunday while addressing the men at the parade ground of the Police College, Ikeja.

He further reiterated the commitment of the Inspector-General of Police to sustain the core values of democracy in Nigeria via fair, free and credible elections.

The Police boss also dropped the hint on the welfare packages for police personnel detailed for the Edo State special duty as approved by the Inspector-General of Police to encourage and boost their morales.

Odumosu, who had earlier arranged clean, serviceable and executive buses to convey the personnel to Edo State with fully armed escort men, urged them to protect their lives and property and do away with any act that is capable of denting the image of the Force and truncate peaceful conduct of the election in Edo State.