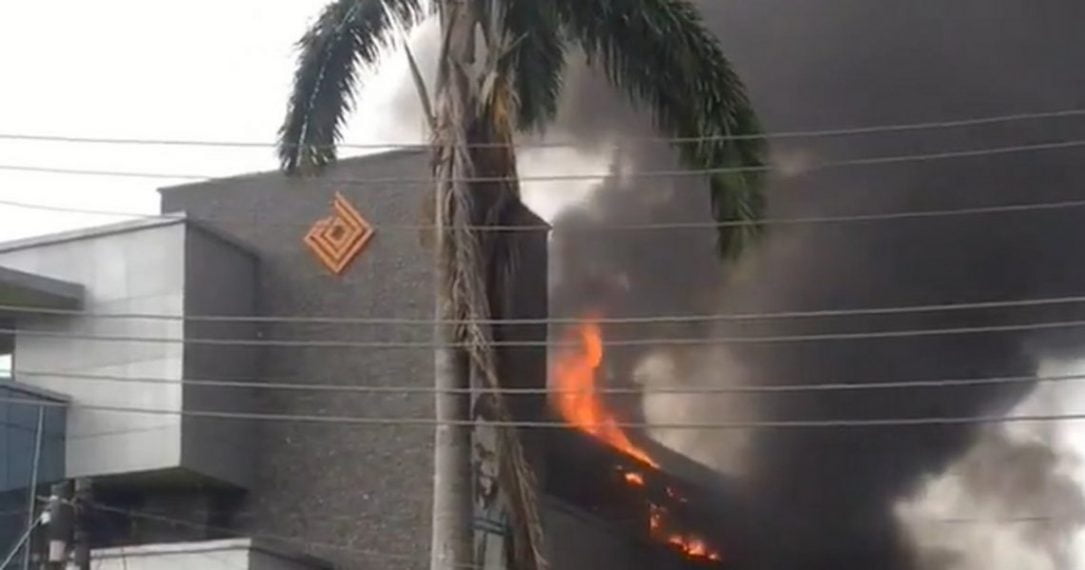 The fire was captured on camera by people on the road and around the area, where the building is located.

According to reports, the building caught fire after a petrol tanker exploded near it.

It tweeted: “Our men are on the ground, trying to combat the inferno. Thanks for notifying us.”

The Bank has advised customers who use the branch to make use of other branches nearby.

These are Adeola Odeku, Muring Okunola and Ajose Adeogun branches, all on Victoria Island.