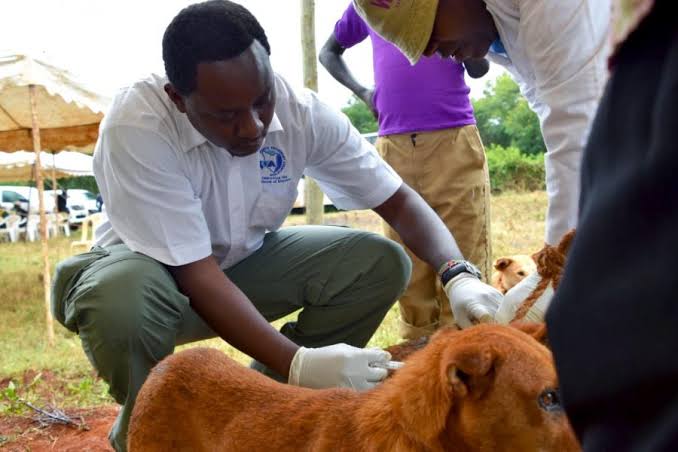 The Lagos State Government will on February 16, 2021 begin a two-week free mass anti-rabies vaccination campaign programme to curb the menace of rabies in the State, the State Commissioner for Agriculture, Abisola Olusanya, has said.

Olusanya explained that vaccination campaign is aimed at promoting awareness of rabies among dogs and cats since rabies is a deadly disease mostly transmitted to humans through infected dogs’ bites, which can result in fatalities if not treated early.

The Commissioner disclosed that the need for the campaign arose as a result of the increase in reported cases of canine rabies across the State, making it a persistent endemic problem.

According to her, 6,250 vaccines would be administered to dogs and cats that are made available at any of the State Government Veterinary Clinics in the five divisions of the State: including Badagry, Surulere, Ajah, Ikorodu and Agege.

Olusanya said: “Rabies is one of the oldest communicable under-reported zoonotic diseases. Dogs are responsible for 98 per cent of fatality in humans.

“Annually, hundreds of human deaths are recorded globally despite the fact that rabies is preventable through vaccination, public awareness and responsible ownership. 6,250 vaccines donated by the World Organization for Animal Health through the Federal Ministry of Agriculture and Rural Development to the Lagos State Ministry of Agriculture, Department of Veterinary Services would thus be administered during the vaccination campaign.

“The flag-off programme takes place at Oba Ayangburen’s Palace, Ikorodu on the 16th of February, 2021 by 10am.”

The Commissioner noted that rabies is most common in countries where stray dogs are present in large numbers especially in Asia and Africa and could be contacted if the saliva from an infected animal got into an open wound or through the eyes or mouth of a human being.

Olusanya stated that rabies is a fatal disease that causes up to 59,000 deaths globally every year and as such it must be treated with all the seriousness it deserves by controlling and preventing it spread through regular vaccination of all pets and domestic animals against rabies.

She also stressed that a concerted effort must be made to control the stray dog population in the urban and rural areas for a significant reduction in the incidence of human and canine rabies in the State.

Olusanya therefore urged all dog owners to bring their dogs for vaccination at the designated veterinary clinics in the State just as she further urged them to ensure that they are up to date on vaccination procedure as that is the only way to prevent human beings from getting infected.