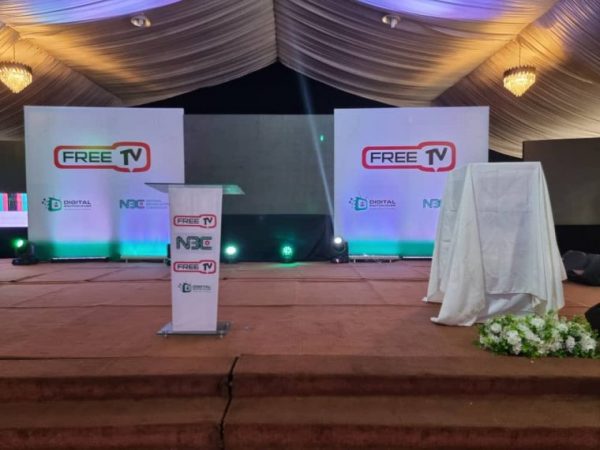 Subscribers to FreeTV, recently launched in Lagos as the country’s official Free-To-View Digital Terrestrial Television, have expressed disappointment over poor reception, total lack of it and lean channel offerings among others.

The service was launched in Lagos on April 30 by Alhaji Lai Mohammed, Minister of Information and Culture, as part of the national Digital Switchover programme.

But two weeks after launch, subscribers have been venting their anger on FreeTV’s official Facebook page.

Reginald Iyama, a Facebook user who has bought the decoder, wrote that his decoder has not been activated six days after purchase.

“FreeTV is gone too soon. I have been trying to activate for over six days now,” Iyama wrote.

Omekele Onogwu Matthew, another user, detailed his experience: “Activation problem, subscription problem, refresh problem. For all of these, you must pass through their top dealers, who will demand commission.”

It is the same for Ehibor Loveday, who stated: “You can’t activate, you can’t subscribe, you can’t refresh. What a useless FreeTV. I have it (the decoder) in the dustbin. This is Nigeria where nothing works.”

Osho Abiodun said he bought 10 decoders from a dealer in Lagos and has been unable to activate any, the reason he demanded a refund.

“I bought 10 decoders from one of your distributors in Lagos and all are not working. The dealer can’t activate the decoders. Now, I don’t want to have any issue with FreeTV as from today and I want my money back,” Abiodun wrote.

For many others in the state, there is little information on where to buy decoders.

Tunde Niyi Abiodun, who resides in Ikorodu, wrote that the decoders are not available in the town.

It is the same with Arix Oyekan, who asked where he can buy in Lagos, and Dorcas Adeleye, who wanted to know where to buy in Agege.

Subscribers also complained about is the refusal of FreeTV staff to respond to their enquiries on activation, subscription renewal and signal disappearance.

Mbanugo Steve, a discontented user, wrote: “Some of the questions I wanted to ask like the names of stations on offer, price and where to buy have been asked over an hour ago, but nobody is offering answers.”

When a call was put through 0703887277, the number listed as FreeTV’s on its Facebook page, the call was a female, who said she is a staff of the National Broadcasting Commission in Abuja.

Those lucky with the signal complained of the limited number of channels on the platform, saying some of the channels they once watched have since disappeared, with no explanation offered.

Egwim Mamba Chris, who said he rescanned his decoder many times, wrote: “Children need a particular station dedicated to cartoons, so they too can enjoy FreeTV. Also, what happened to stations like Core TV, One Music etc…They have stopped showing for long.”

The experiences are not exclusive to Lagos, where the service has just been launched, but have been endured by residents of states where FreeTV was launched between 2016 and 2017.

In a post made two years ago, one Oluwatoyin Afolashade, who did not give her city of residence, complained that her decoder was inactive for six months.

“Our FreeTV stopped working six months ago. When I click on factory reset, it detects channels but still says no signal though the green light is on,” she wrote.

Also, Lorenzo Nathan, who is based in Kubwa in the Federal Capital Territory, said he got a FreeTV decoder a few years ago, but has not enjoyed it.