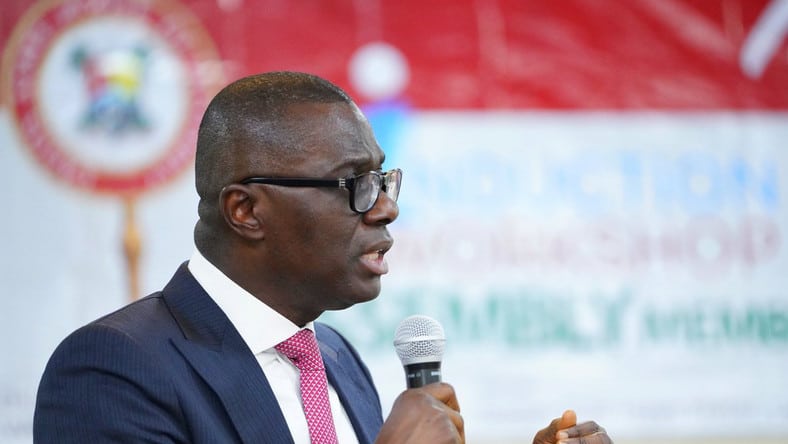 The Lagos State Environmental Sanitation Corps on Wednesday said it had arrested and arraigned 36 persons for various environmental offences.
Its Corps Marshal, CP Gbemisola Akinpelu (retd), disclosed this in a statement issued and signed by an official in the public affairs unit, Kehinde Adebayo.
Akinpelu said the arrests were aimed at ensuring free flow of vehicular movement, which was mostly hindered by pedestrian crossings.
She said: “LAGESC has stepped up its operation to arrest the deviant crossing the highway indiscriminately.
“A total number of 36 persons have been arrested for prosecution and this exercise will continue and extend to all parts of the state..
“The agency is geared towards attaining total compliance on road crossing and use of pedestrian bridges.
“This is also in line with the mandate of the state’s Governor, Mr Babajide Sanwo-Olu, on the enforcement and prosecution of the offenders.”
The corps marshal also emphasised on the risks associated with crossing the highways where pedestrian bridges were constructed.
Akinpelu said: “Crossing of highways impede free flow of traffic and unnecessary loss of lives as a result of ‘hit and run’ motorists.”
Akinpelu said the distance from the pedestrian bridges where arrests could be made by LAGESC officers against erring pedestrians was pegged at 200 metres.
She said the Lagos State Government was interested in ensuring that citizens did not endanger their lives by crossing highways and encouraged pedestrians to always use the pedestrian bridges.
She said: “I charge the LAGESC operatives to intensify efforts at deterring defaulters.
“The agency is presently carrying out the total enforcement in some of the identified areas such as Ikeja Along, Ikorodu Road, Ojota, Berger, C.M.S amongst others.”
Akinpelu said the Commissioner for the Environment and Water Resources, Tunji Bello, had approved the establishment of additional divisional offices to ensure adequate coverage of the state.
She said these new offices would be strategically positioned to achieve zero tolerance for all environmental and traffic offences in the state.