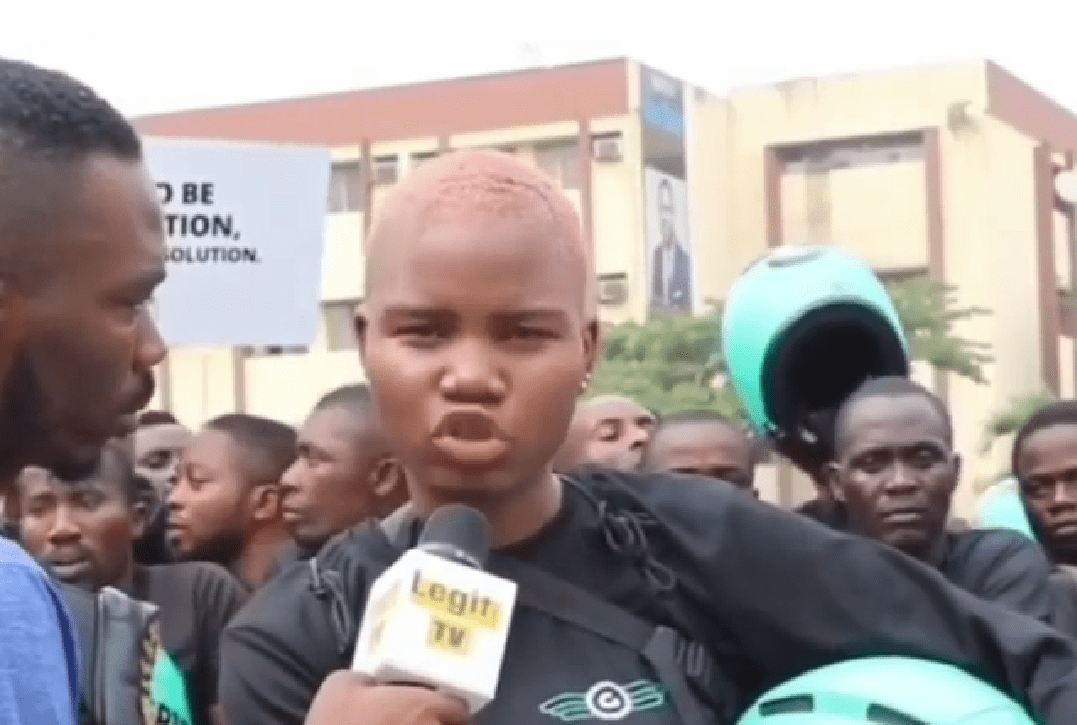 One of the lady riders of Gokada, one of the commercial motorcycle companies affected by the ban on their operation in Lagos State, who simply identified herself as Sandra, has received a car gift from an unknown Nigerian.
Sandra had during a march to protest the ban placed on the activities of commercial motorcycles, popularly known as Okada, and tricycles, also known as Keke Marwa, revealed that she sent herself to school to obtain a National Diploma at the Yaba College of Technology based on her earnings as a rider.
She said the money she earns from riding the commercial bike also enables her to fend for her younger ones.
She said with the ban on the activities of commercial motorbikes, she was out of job and would not be able to return to school for her Higher National Diploma certificate.
However in a video that went viral on Tuesday, Sandra was taken to a car apparently with one of her brothers by someone who was not identified.
She was handed the key to a car in the lot of a car mart.
She started crying and fell to her knees.
The young man who accompanied her also prostrated partially, with both of them crying.
The man consoled them, urging them not to cry again.