Lady, another nabbed for robbing Pastor at gunpoint in Ogun, car recovered in Niger

Two members of an armed robbery gang who robbed one Pastor Godwin Ojerinde of God’s Will Praying Ground, Siun in Obafemi Owode Local Government Area have been apprehended by operatives of the Ogun State Police Command.

The two suspects, Oshilaru Bidoun, a male, and Tolulope Oluwafemi, a female, with three other members of their gang broke into the pastor’s house at about 3:15am on February 9, 2021 armed with guns and other dangerous weapons. 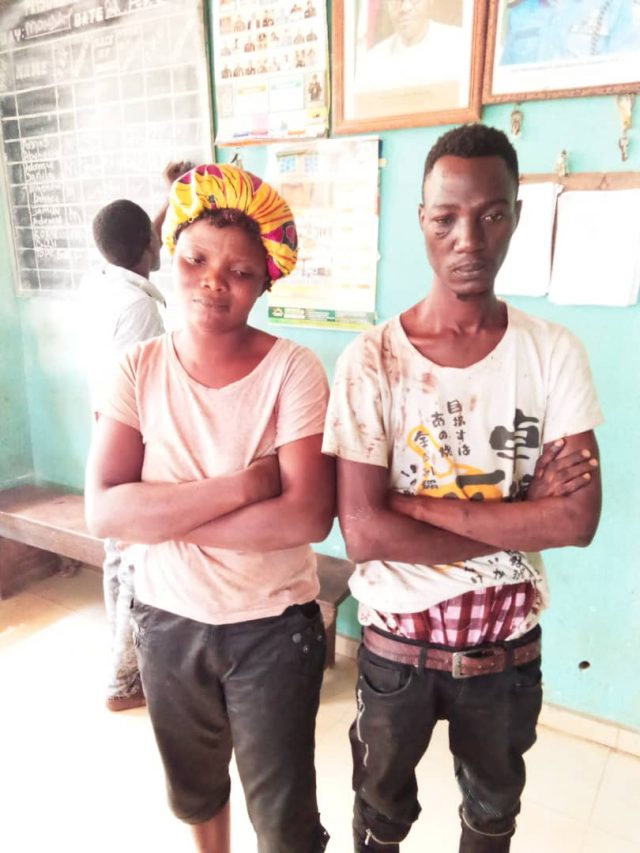 The hoodlums held the pastor and his family hostage, ransacked the house and dispossessed them of one Pathfinder jeep with registration number: WDE-38-MM, one Samsung A20 handset and one Infinix hot note handset.

On receiving the information, the Divisional Police Officer, Owode-Egba Division, Chief Superintendent of Police Mathew Ediae, and his crack detectives embarked on an intensive technical and intelligence-based investigation in order to unravel those responsible for the heinous crime. 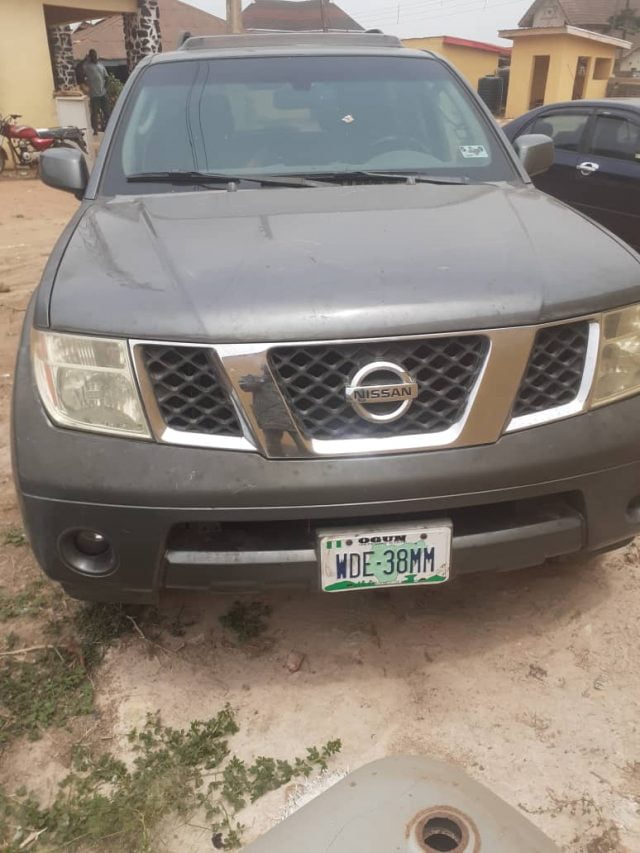 After weeks of painstaking investigation, the duo of Biodun and Oluwafemi were apprehended based on a tipoff.

On interrogation, they both confessed to being part of the robbery syndicate.

They confessed further that the Pathfinder jeep has been sold to someone in Ogere, Ogun State and that the vehicle is on its way to the Northern part of the country.

It was eventually recovered in Mokwa, Niger State.

The Command’s Commissioner, Edward A. Ajogun, has ordered the transfer of the suspects to the State Criminal Investigation and Intelligence Department for discreet investigation.

Ajogun also directed that efforts should be intensified to bring the fleeing members of the gang to book.