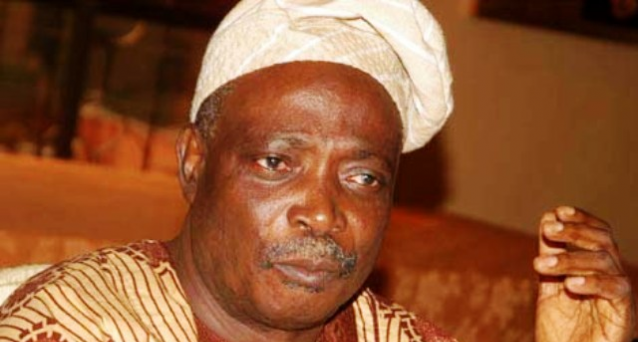 Former Oyo State Governor, Rasheed Ladoja, who defected to the Accord Party to contest the state’s governorship seat in the 2015 general elections, has returned to the Peoples Democratic Party.
Ladoja, along with Seyi Makinde, a chieftain of the Social Democratic Party in the state, moved to the PDP on Thursday in Ibadan when Senator Ahmed Makarfi, the Chairman of the PDP National Caretaker Committee, visited the Oyo State capital.
The former governor, who won the seat on the ticket of the PDP in 2011, said he was returning to his home, adding that it was not his wish to leave the PDP when he did.
He said: “When I left the PDP some years ago, it was because of the injustice done to me.
“We left because the PDP leaders, at that time, were not ready to protect the interest of all members.
“We are back now because the new leadership has promised to right all wrongs and avoid mistakes of the past.
“I have discussed with members of the Accord party and they have asked for amnesty.
“We need assurance from Makarfi that Accord Party members will be given equal treatment and a level playing ground.”
In his response, Makarfi said that he came to Ladoja “to take you back to where you belong”.
He said: “We want you to return to your great beginning; we want to start all over again as one family.”
Makarfi expressed optimism that Ladoja’s presence would add value to the PDP in Oyo State, adding that he (Ladoja) had committed no crime to warrant a plea for amnesty.
He implored PDP members to forget the past and work toward party unity, and assured Ladoja and new PDP members of equal opportunity for all.
Makinde, in his remark, assured Makarfi of his group’s total support to the ideals of the PDP, urging him to protect the interest of his members.
Two PDP chieftains, Chief Richard Akinjide and Chief Yekini Adeojo, who spoke at the occasion, commended Makarfi over his efforts to reconcile warring factions and “especially for wooing new members into the fold”.
Akinjide particularly promised to assist Makarfi toward rebuilding the PDP, and urged him to carry all members along, so as to create a sense of oneness.
Hundreds of Accord party, SDP, and PDP supporters received Makarfi who also visited Chief Christopher Alao-Akala, another former Oyo State Governor, also being wooed to return to the party.