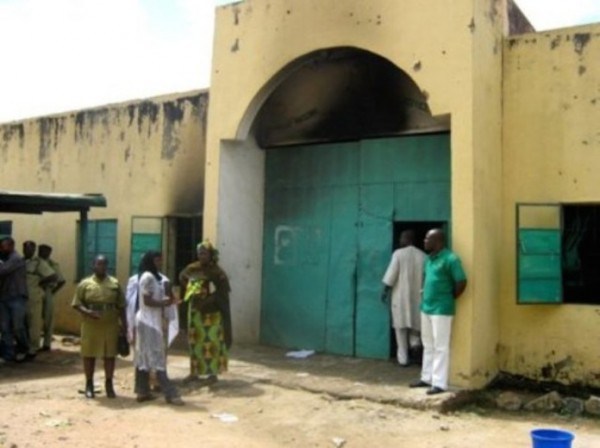 A 29-year-old labourer, Abu Hurena, who allegedly stabbed his friend, Umaru Isiaka, to death with a pair of scissors over a missing wall clock, was on Monday remanded in Ikoyi Prisons, Lagos.
The accused, however, denied the charge of manslaughter brought against him before an Ikeja High Court.
But Y.G. Oshoala, a state prosecutor, told the court that Hurena committed the offence on June 28, 2014 at 4am at his residence located at 38, Ola Akinbo Street, Ijegun, a Lagos suburb.
Oshoala said: “On that fateful day, the deceased confronted the defendant, accusing him of stealing a wall clock belonging to Malam Suraj.
“The confrontation led to a physical fight during which the accused picked a pair of scissors and stabbed Isiaka twice both in the chest and the stomach.”
According to the prosecution, days after the manslaughter, the stolen wall clock was found at a refuse dump in an abandoned building.
The offence contravened Section 224 of the Criminal Law of Lagos State, 2011.
Justice Josephine Oyefeso adjourned the case to March 20 for trial.
NAN.