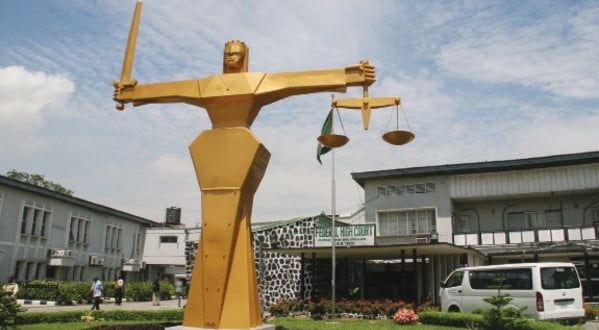 An Upper Area Court in Gwagwalada, FCT, on Tuesday sentenced a 31-year-old labourer, Abika Ibrahim, to eight months imprisonment for stealing a cell phone worth N50,000.

The convict, who resides in Angwan Gede, Gwagwalada, was charged with four counts of criminal conspiracy, fraudulently obtaining the sum of decree not due, theft and criminal breach of trust.

The Judge, Sani Umar, sentenced the convict after he pleaded guilty and begged the court for mercy.

Umar in his ruling, ordered the convict to pay a fine of N10,000 for each offence.

He ordered the convict to pay compensation of N60,000 to the nominal complainant at the request of the prosecution counsel.

”The reason for the sentencing, is because cases of such nature have become so rampant in this area,” he held.

The Prosecution Counsel,  Abdullahi Tanko,  told the court that the complainant,  Patricia Simon of Passo village, Gwagwalada reported the matter at the police station on April 6.

Tanko said that the convict with one other, now at large, also in December 2021 conspired and deceived her into paying N10,00 for a dog.

He said that the convict also went to the complainant’s shop and stole her daughter’s Tecno Pop cell phone worth N50,000.