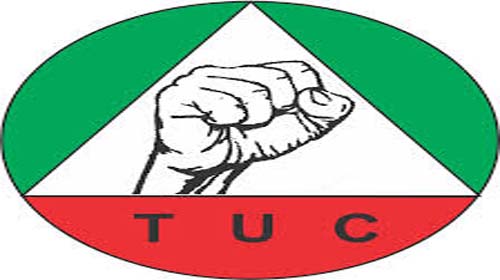 The Trade Union Side has called on the Federal Government to reconvene the meeting of the Technical Committee on Consequential Adjustment of the New Minimum Wage.
It said this would enable speedy conclusion and benefit to Nigerian workers.
The call was made in a communiqué signed by Simon Anchaver, at the end of a meeting of the Joint National Public Service Negotiating Council in Abuja.
He noted that the call became necessary following the need to ensure that all Public Service Employees benefit adequately from the N30,000 new monthly National Minimum Wage.
The organised labour, however, reviewed downward her demands from 66.66 per cent to 30 per cent for officers on grade levels 07-14 and 25 per cent for officers on grade levels 15-17.
He said: “When the Technical Committee started to meet, the Trade Union Side proposed upward salary adjustment of 66.6 per cent across board in order to maintain existing relativity in the emoluments of Public Servants, bearing in mind that the actual increase in minimum wage is 66.6 per cent.
“The Government Side argued that if 66.66 per cent was added across board to the salaries of Public Servants, the wage bill will be too high for Government to bear; consequently.
“This is because the government promised to undertake a general salary review in no distant future, labour then maintained that 30 per cent increase should be effected in the salaries of officers on grade levels 07-14 and 25 per cent to salary of officers on grade level 15-17.”
Anchaver said the organised labour felt strongly that its demand was very much reductive bearing in mind few salary adjustment approved for some agencies of government whereby salary GL 01 step 1 officer would be taking home about N150,000.00 per month.
According to him, all efforts by the TUS to persuade the Government Side to return to the right track of negotiation and agree on a realistic percentage increase proved abortive.
He expressed concern that rather than presenting the two positions to technical subcommittee as agreed, the Government Side introduced another clause to the discussion.
He said the government side insisted that the Terms of Reference was to work out the consequential adjustment of salaries of Public Servants based on the subhead provided for salaries in the 2019 Budget.
He said that the organised labour has commenced mobilisation and sensitisation of Public Service employees in the entire 36 States of the Federation and FCT to prepare them for total Trade Union actions.
This, it said, was in the event that negotiation on the consequential adjustment arising from the N30,000 monthly new National Minimum Wage completely breaks.
It would be recalled that the New wage was signed into Law by the President in April; but deliberations on the issue of negotiation of
relativity/consequential adjustment of salaries still persisted.
The Federal Government on May 14 inaugurated the relativity/Consequential Adjustment Committee which in turn set up a Technical Sub-Committee to work out the template for the adjustment of salaries of Public Service Employees.