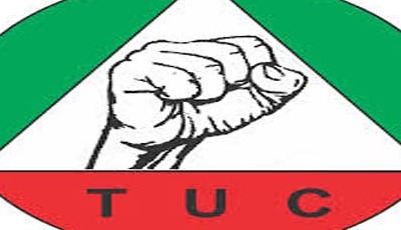 Members of the Trade Union Congress of Nigeria on Tuesday picketed AlphaBeta Consulting Company over the sacking of 300 workers of the firm.

The TUC and its affiliate, the Association of Senior Staff of Banks, Insurance and Financial Institutions, barricaded the gate leading to the office of AlphaBeta in Ijora, Lagos State.

The Deputy President of ASSBIFI, Oyinkansola Olasanoye, told reporters that the workers were sacked because they refused to swear an affidavit denouncing membership of the union.

Olasanoye said: “The 300 people who were sacked did not swear or submit such an affidavit.

“We wrote to the Ministry of Labour and Productivity and they scheduled a meeting with all stakeholders.

“We have not gone for the meeting when the management of AlphaBeta on June 18, sacked the affected workers.”

The TUC women leader said the sacking was unfair and against the Labour Act, prompting organised labour to disrupt business activities at the organisation.

Ayodele Oladimeji, the Human Resource Manager of AlphaBeta, said he was not aware that TUC members were protesting at his office.

Oladimeji said he had no comment on the allegation of sacked workers but said he could be contacted later.

The unionists carried placards with various inscriptions to express their grievances over the sacking of their colleagues.

Some of the placards read: AlphaBeta infinity segment, stop killing workers with bad industrial policies; “AlphaBeta segment management, no respect for government, law and humanity; AlphaBeta, do not kill the geese that lay the golden eggs.