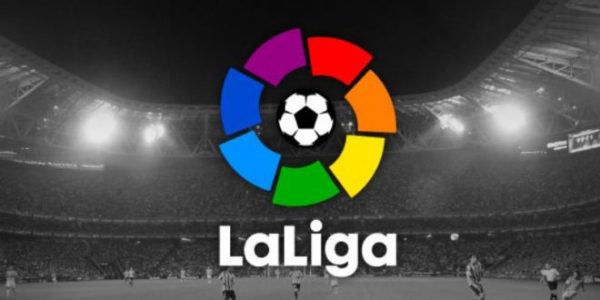 La Liga has further strengthened relations between both institutions with these online classes, within the existing MoU with the highest competition in the African country, the NWFL.

These sessions consist of some adapted and selected content that is part of a new comprehensive programme developed by La Liga, called “La Liga Women’s Football Coaching Methodology”.

The original programme consists of a series of in-person courses organised into different levels of complexity, from the grassroots to the elite, focused on the specialties of women’s football.

In this way, La Liga has gone one step further by innovating and developing a unique training programme of its kind aimed at coaches and focused on women’s football.

Training on and off the field is essential in order to lay the foundations for women’s football and, therefore, with this online methodology and these masterclass sessions, La Liga helps to increase the visibility, development and professionalisation of women’s football.

Aisha Falode, NWFL Chairperson, said: “The NWFL and La Liga have identified common grounds in our goals and vision for the future. Progress has been made and grounds covered in our partnership with La Liga since we signed the MOU in 2018.

“Though a lot of work has gone into the activation points of the MOU in the last few months, the training-the-trainers programme is the first engagement entry point into many more activations to come within the scope of our MOU.

“Our goal here at the NWFL is simple and direct and it aligns with La Liga’s, to be a global league brand and among the best women leagues in the world.”

La Liga Delegate in Nigeria, Guillermo Pérez, said: “At La Liga, we are extremely happy about the success of this first edition of the online master classes.

“NWFL is one of our key partners in Nigeria and, activating the MoU between both entities, was one of our priorities for  this season.

“The fact that Nigeria was the first country in which we’ve trained through this new format and methodology, proves how important Nigeria is in La Liga’s international development and how committed we are to the local football development.

“We hope this will be the first activation of many more to come with NWFL.

“Despite the difficult situation that we are currently experiencing around the world, La Liga has adapted and selected content, which was originally to be used in in-Person sessions, to the online format, to facilitate participation.

“There will also be another version of this masterclass session, which will be focused on the initiation level in women’s football training, on 29 June with coaches from Kuwait.

“These sessions are part of the different initiatives that La Liga has been developing since the creation of the women football department in 2015, with the aim of promoting and developing women’s football, as well as the role of women in sports in general and football in particular.”