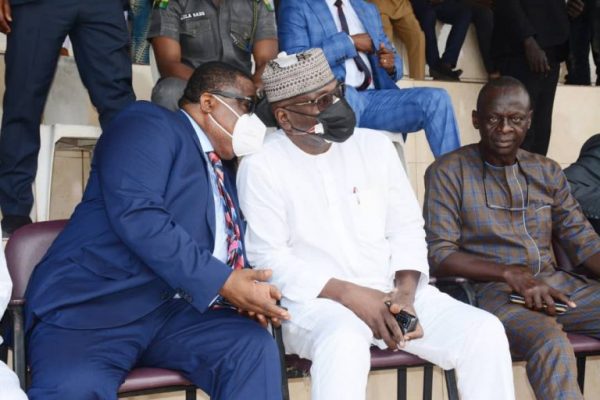 The News Agency of Nigeria reports that the match, which was the grand finale for the 2020/2021 Nigeria Professional Football League season, was played at the Kwara Stadium Complex, Ilorin.

The match had the hosts dominate most of the proceedings, with Nosir Afeez marshaling the midfield with determination and confidence.

Kwara United would have scored as early as the fourth minute but a solid piece of defending by Katsina United’s defenders denied them.

Katsina United’s Matthew Emmanuel called Dele Aiyenugba into action in the 14th minute forcing the former Super Eagles of Nigeria goalkeeper to a fine save.

The hosts drew the first blood in the 22nd minute when Junior Abayomi poked home a fine Muritala Lawal’s pass inside the goal area.

The visitors after conceding the first goal defended perfectly and maintained the 1-0 deficit into the break.

Kwara United returned more determined with Katsina United lowering the tempo at which they played in the first half, having in mind nothing at stake for them in the match except pride.

Ten minutes later, the centre referee pointed to the spot for a penalty for Kwara United after a Katsina United player was ruled to have handled the ball in his box.

Stephen Jude increased the homers tally to 3-0 in the 74th minute to put the game beyond the visitors and put it to bend on the final day of the season.