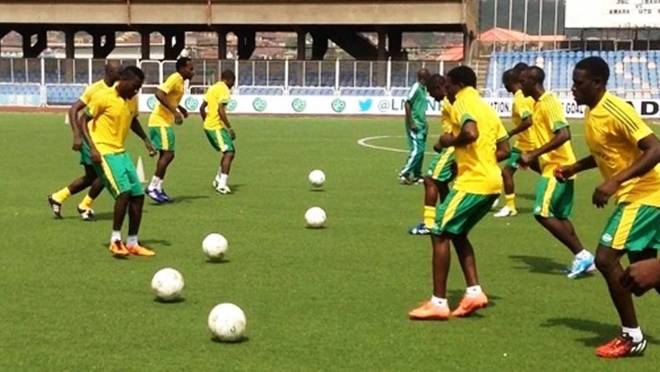 Kwara United Football Club are back in the Nigeria Professional Football League after playing just a match in the 2019/2020 Nigeria National League, which began on Friday.
The Kwara State Government-owned clubside achieved this with the acquisition of the slot of Delta Force FC of Asaba in the NPFL.
The News Agency of Nigeria reports that Delta Force had officially acquired the slot of Kada City FC of Kaduna just before the start of the current NPFL season.
But they now seemed to have been finding it difficult adjusting to the top-flight status, leading to the sale to Kwara United.
The deal was sealed on Wednesday after extensive discussion between the management of the two sides in Delta State, with the General Manager of Kwara United FC, Bashir Badawiy, leading the club’s delegation.
Confirming the development to journalists in Ilorin Wednesday evening, the club’s Chairman, Olakumbi Titiloye, said the club was fully aware of the challenge involved in taking that step.
Titiloye said: “I am sure it’s a development all the club’s stakeholders will also want to support.”
Titiloye therefore commended the state government for the support and encouragement, calling on the stakeholders to adjust to the latest system and challenge.
“We are conscious of the challenges that will come with this massive decision, but we know it’s a situation that is redeemable, as the NPFL is just starting,” he said.
NAN reports that Delta Force are currently in the 17th position on the NPFL table with four points after five matches, gathered from winning just a game.
They had drawn one and lost three matches, with a -5 goal difference.
Kwara United FC on the other hand got relegated at the end of last season, and were drawn in Group A2 of the ongoing NNL.
They were drawn alongside Niger Tornadoes, FC Taraba, Sokoto United, El-Kanemi Warriors, Gombe United, Yobe Desert Stars, Rarara FC, Mighty Jets, EFCC and Real Stars.
They played their first match against Gombe United FC in Ilorin, which they won by a lone goal.
The team will now continue from Week Six of the NPFL, going on with Delta Force’s points, after their formal registration following the take-over.