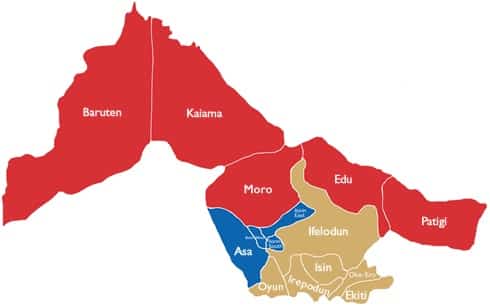 The Cathedral Church of St. Michael, Esie in Irepodun Local Government Area of Kwara State, which was locked up on January 19 by protesting members, has been re-opened.
The Church has also commenced normal spiritual activities.
The reopening of the Church, established in 1912, was announced in a statement signed by N. K. Adewoye, the Church’s Peoples’ Warden, and made available to the News Agency of Nigeria in Omu-Aran on Saturday.
According to the statement, the decision to end the protest and reopen the Church for normal activities is sequel to the amicable resolution of the dispute.
NAN recalls that the aggrieved parishioners in the Church had, during a protest on January 9, prevented the presiding Bishop, Rt. Rev. Emmanuel Adekola, from conducting the Sunday Service.
They had also insisted that the Cathedral, which is the headquarters of Igbomina Diocese of the Church of Nigeria (Anglican Communion), remained shut until their longstanding grievances against the Bishop were addressed.
They demanded, among others, the immediate removal of the Bishop; immediate transfer of a senior Cathedral Priest, Venerable K.O. Olajide; and the immediate inauguration of the newly elected Dean, Ven. Rev Solomon Jolayemi, as the Dean of the Cathedral Church of St. Michael, Esie.
The statement added that the decision to rescind the aggrieved members’ earlier position followed the prompt intervention of the Bishops from the Ecclesiastical Province of Kwara, led by Archbishop Israel Amoo.
The statement read in part: “We wish to bring to the public notice that the impasse reported at the Cathedral Church of St. Michael’s Esie in the Diocese of Igbomina, Anglican Communion, that led to the shutting up of the doors of the Cathedral Church on Sunday, 19th January, 2020, has been amicably resolved.
“This was as a result of the prompt intervention of the Bishops from the Ecclesiastical Province of Kwara led by Archbishop Isreal Amoo on Monday, 20th January, 2020.
“Following the intervention, the first prayers by the Church members that Venerable K.O. Olajide be transferred from Cathedral was endorsed and has since been transferred out of the Cathedral.
“The second prayer calling for installation of the Dean-Elect, The Very Rev (Dr.) Solomon Funsho Oriade Jolayemi, was also approved.
“Arrangements for installation of Ven. Rev Solomon Jolayemi are in top gear, and the third prayer seeking for the transfer of the Lord Bishop, Rt. Rev Emmanuel A. Adekola was stood down.
“We thank God that a fresh chapter in the relationship between the Church members and the Lord Bishop Emmanuel A. Adekola has commenced in earnest and will by the Grace of God continue unimpaired.
“The Church is matching on and the gates of hell shall not prevail against it. (Matthew 16:18).”