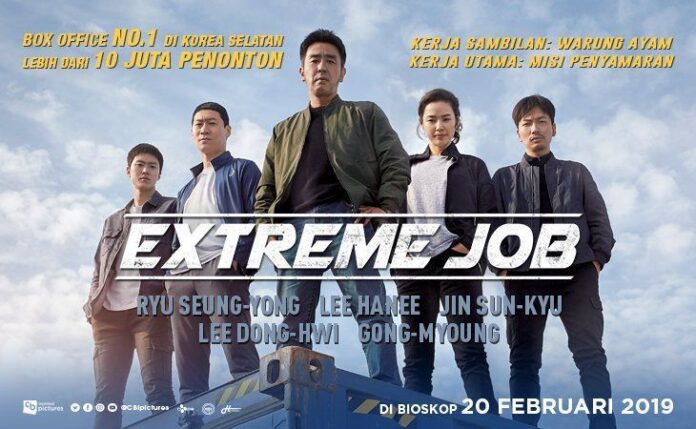 Abuja residents and members of the diplomatic community were thrilled on Friday night as Korean blockbuster action comedy film: “Extreme Job,” premiered at the ongoing 2020 Asian Film Festival in the Federal Capital Territory.
The News Agency of Nigeria reports that the Asian film festival, holding from January 23 to 26 at the Caeser Hall, showcases the best of Asian films, with daily screening of films from participating countries.
The film fiesta is set to screen movies from Japan, Bangladesh, Indonesia, Korea, Palestine, Syria, Iran and China.
NAN reports that Extreme Job is a 2019 South Korean action comedy film acclaimed to be the highest-grossing domestic films of all time in that country, grossing $122.46 million within three months.
It reportedly has a production budget of $5.77 million, with another $2.66 spent on marketing and surpassed 10 million ticket sales in 15 days.
The plot of Extreme Job follows the story of Narcotic Detectives, led by Captain Ko (Ryu Seung-ryong), who work under cover in acChicken restaurant to bust a gang of organised criminals.
Things seem to work, but Ko is informed that the restaurant will soon go out of business, and they decided to purchase the restaurant, still planning to use it for their undercover operation.
However, a rib marinade they have to improvise for a sticky chicken becomes an instant hit and their chicken restaurant becomes famous for its food.
Extreme Job is written by Bae Se-young and is directed by award-winning South Korean film director, Lee Byeong-heon, starring Ryu Seung-ryong, Lee Hanee, Jin Seon-kyu, Lee Dong-hwi and Gong Myung.