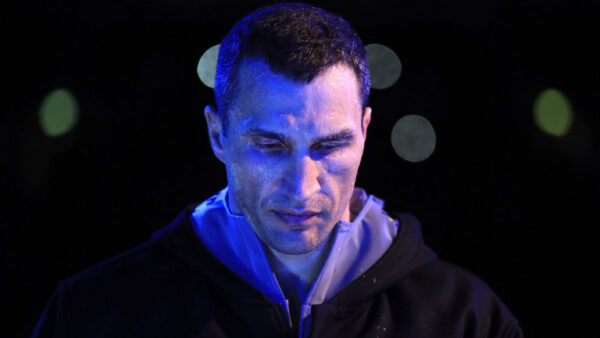 Wladimir Klitschko has declared that he hopes his conqueror Anthony Joshua will emerge victorious in the rematch with Andy Ruiz Jr.
The former long-reigning heavyweight champion was beaten five times in his career – the final loss being a thrilling knockout defeat to AJ in 2017.
Now though, Joshua has suffered his first stoppage and is looking to bounce straight back with an immediate second fight against the Mexican-American on December 7.
Klitschko told SecondsOut: “I definitely look forward to the rematch with Andy Ruiz, the champion, and Anthony Joshua.
“I really do look forward to it in December.
“We know that Anthony has lost, as anyone can lose, now we are gonna watch how he’s gonna manage this challenge to become champion again.”
When pushed for a prediction, the Ukrainian added: “I could think anything, but the reality is that everyone can lose a fight, but not everyone can recover.
“It’s the next challenge and I really wish to Anthony that he’s gonna make it.
“No disrespect to Andy Ruiz and I think he’s done an amazing job, but I’ve always been a fan since we’ve fought and met.
“To both fighters I wish good luck, let the strongest win and I just really hope that Anthony’s gonna make it.”