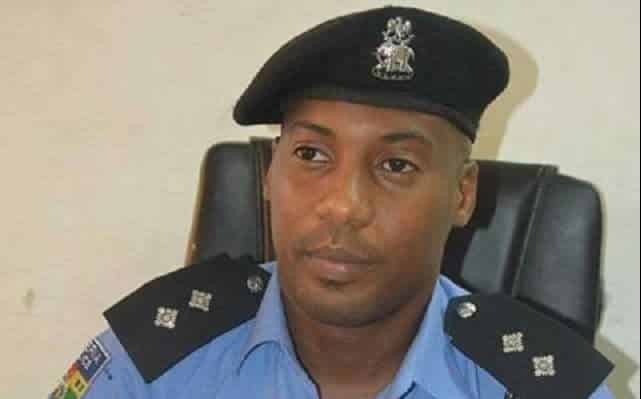 The Lagos State Police Command said on Wednesday that it has arrested the policeman, who allegedly shot a tanker driver dead along Burma Road, Apapa.
The command said 18 suspected hoodlums who allegedly caused mayhem in the area following the killing have also been apprehended.
According to the command’s spokesperson, Olarinde Famous-Cole, police received a distress call from the Chief Security Officer of a new generation bank located in the area which they responded to.
Famous-Cole said: “The caller said hoodlums were trying to take laws into their hands by setting the bank ablaze following the shooting of a tank driver by a policeman attached to the bank during an altercation.
“Operatives of the command including the Area Commander, Apapa, the Rapid Response Squad, and other security agents quickly rushed to the scene to take charge of the situation.
“The State Commissioner of Police, Fatai Owoseni, was also present at the scene of the incident.
“If not for the quick intervention of the Police, the hoodlums would have wrecked more havoc as they destroyed private properties and valuables.
“A mob had gathered in front of the bank demanding that the trigger-happy policeman be released to them, but the bank refused, leading to the arson and further attack on another bank’s branch located on Wharf Road.
“The fire at the banks was put out by the police and other security agencies as the tanker driver, identified as Azeez was rushed immediately to the hospital for treatment.”
Famous-Cole, however, said the driver was confirmed dead on arrival at the hospital.
He said: “Contrary to reports making the rounds, only one tanker driver was shot.
“The policeman has been arrested and will be charged to court immediately, the 18 suspected hoodlums also arrested are also undergoing investigations.
“The command would like to address the members of the public on impunity and jungle justice in the state.
“We are no longer going to tolerate the act of lawlessness and impunity by members of the public.”
The police spokesman said normalcy had been restored to the area.