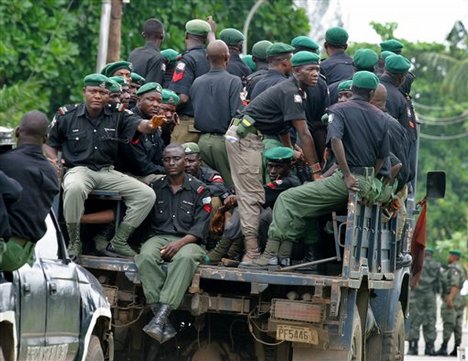 Alhaji Abu Dankure, the Sokoto-based businessman kidnapped last Wednesday, said his abductors treated him well.
Dankure told the News Agency of Nigeria on Tuesday in Sokoto after his release on Monday night, that he was not seriously manhandled by the abductors.
He said: “I was blindfolded since I was kidnapped last Wednesday up to the time they dropped me opposite the Sultan Abubakar III Juma’at Mosque, Sokoto, yesterday night.
“They, however, allowed me to pray, ease myself and sleep.
“They also never starved me.
“They were speaking Hausa and English and some of them prayed as Muslims, but not in congregation.”
Dankure also said that the abductors did not stay in one place but “were changing location between some villages”.
He added: “They removed my gown and dressed me in Jeans, shirt and a round hat and I was in that dress up to the time they dropped me in Sokoto on Monday night.”
He refused to confirm whether ransom was paid for his release, saying: “I will not comment on whether N50 million or N51 million was paid as ransom before my release.
“Whatever it was, I only thank God and I am happy that I am now free and I have peacefully reunited with my family.”
NAN reports that Dankure, aged 68, has four wives and 72 children.
He commended Governor Aliyu Wamakko, clerics, security agencies, journalists and the people of the state for their prayers and support throughout the period of his abduction.
The Commissioner of Police in the state, Shu’aibu Gambo, confirmed the release of Dankure but declined comments on the alleged payment of ransom.