Khashoggi’s friend, activist in Norway fears for safety of family after Saudi ‘threats’ 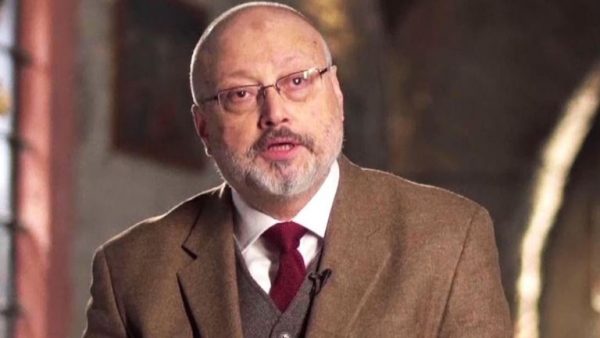 A rights activist and vocal critic of Saudi Arabia, Iyad El-Baghdadi, who is under police protection in Norway, on Monday urged Norwegian authorities to help protect his family, amid undisclosed threats from Saudi authorities.

Palestinian-born El-Baghdadi, a friend of Saudi journalist and Washington Post columnist, Jamal Khashoggi, who was murdered in 2018 inside the Saudi consulate in Istanbul, said he believed his involvement earlier this year in investigating alleged Saudi links to the phone hacking of Amazon founder and Washington Post owner Jeff Bezos had contributed to the threats.

“It was during my work with Bezos’s investigation team that I felt that I had crosshairs on my back,” he told newsmen in Oslo.

El-Baghdadi became known for his blogs and social media posts during the 2010 to 2011 Arab Spring revolts.

He said he filed a police report with Oslo police in March.

On April 25, Norwegian authorities contacted him about the alleged Saudi threat after they received a tip from the CIA, and he was taken to a secure location.

“I feel completely safe in the hands of Norwegian security services, they know what they are doing,” he said.

El-Baghdadi, who has had asylum in Norway since 2015, said he became aware in October that he was in Saudi Arabia’s sights.

“I’ve been told by experts that my families are a soft target and securing their safety is of utmost priority,” he said, adding that he hoped they could be taken to Norway.