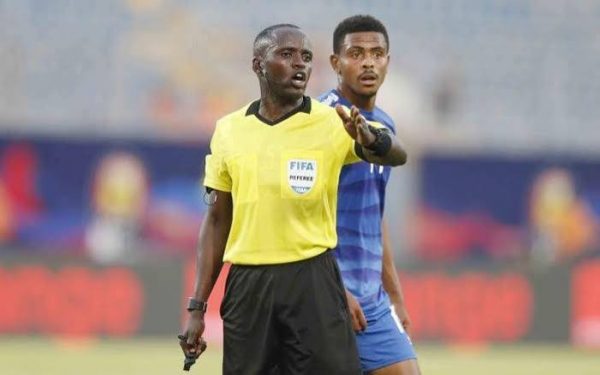 The Confederation of African Football has appointed Kenyan University lecturer as the centre referee for the Super Eagles tie against Sierra Leone this Friday in Benin City, Edo State.

Dr. Peter Kamaku, who is a lecturer in Pure Mathematics at the Jomo Kenyatta University of Agriculture and Technology, is the first Kenyan to become a centre referee.

He was among 27 referees selected by the Confederation of African Football to officiate at the 2019 Africa Cup of Nations in Egypt.

The Match Commissioner is from Ethiopia: Solomon Gebresilassie, with the referee’s assessor coming from Niger, Attama Ibrahim Boureima.

The FIFA referee’s first assignment since earning his badge in 2017 was in Niger for the U-20 Africa Cup of Nations.

Sierra Leone must avoid defeat in Nigeria and hope to beat the Super Eagles in Freetown if they are to revive any hopes of reaching Cameroon 2021.

After Friday’s encounter, the Super Eagles will fly to Freetown on Monday for Tuesday’s clash with the Leone Stars at the Siaka Stevens Stadium.