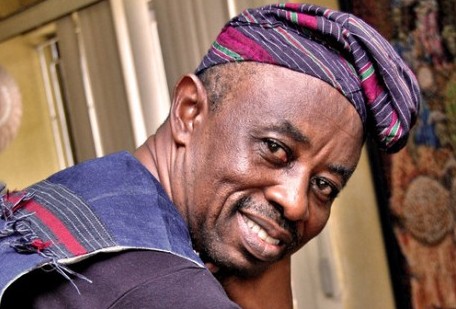 The Mainframe team, led by Tunde Kelani, was announced as winner of CultureShift 3 – hackaton – workshop organised by the British Council and Co-Creative Hub on February 23, 2014
CultureShift, a programme created to engage creative entrepreneurs and organisations to use technology to provide solutions for challenges, started last year on the Ideation stage, with 15 companies competing and six companies getting shortlisted to progress to the hackathon stage and the selection of a winner.
Mainframe presented a platform for Yoruba Global Content: movies, trailers, musical videos, teleplays etc, across mobile, web and internet TV.
It built an App called OPOMULERO, which would run on Android, IOS, Blackberry and other operating systems.
With the announcement coming three days to his birthday, veteran Director, Tunde Kelani, said: “I am excited about this and this platform is like a birthday present to me.
“I am not planning any party this year but I believe that it has been marked by this milestone.
“I wish to thank family, friends, benefactors, supporters and audience for your love and
support.”
Unveiling a new logo as well on his birthday, the veteran director added: “I shall need you more in the next phase of my life.
“There are a lot of goodies in 2014 – Dazzling Mirage, a new film set for release soon; Omuti – Palmwine Drinkard (stage re-adaptation); YEEPA Solaarin Nbo (stage); and the ultimate – OPOMULERO – platform for Yoruba Global Content.”
The site and app launch date will be announced soon.