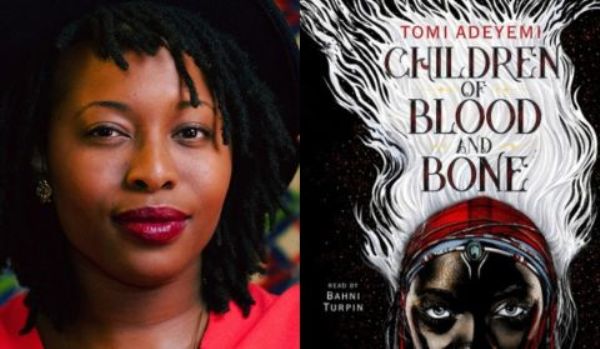 Nigerian-American writer, Kay Oyegun, has been tapped to script the film adaptation of Tomi Adeyemi’s “Children of Blood and Bone”.
The News Agency of Nigeria reports that in 2018, Adeyemi’s bestselling debut novel took the literary world by storm, landing a film deal with Fox/Disney.
Also, award-winning Nigerian-American filmmaker, Rick Famuyiwa, chosen to direct.
Oyegun, known for her work on: “This is Us,” is a star writer on the rise.
Her 2019 feature spec: “Assisted Living,” was the subject of a bidding battle that was won by Paramount Pictures.
Her work on “This Is Us” also fetched her the award for “Best Writing in a Dramatic Series” at the 2019 NAACP awards.
“Children of Blood and Bone” follows Zélie Adebola, who at six years old watched her mother get murdered.
Ten years after the raid that made her an orphan and banished magic from her people, Zélie finally has a chance to make things right.
Reports state that “Children of Blood and Bone” will be the first feature property to be produced by Lucasfilm since the Disney acquisition.
NAN reports that the sequel: “Children of Virtue and Vengeance,” comes out on December 3.
NAN.

The Eagle Online - August 6, 2018 0
The News Agency of Nigeria reports that Tantalizers emerged the worst performing equity in percentage terms with 41.67 per cent.

Many Nigerian leaders not worried about the plight of workers –...