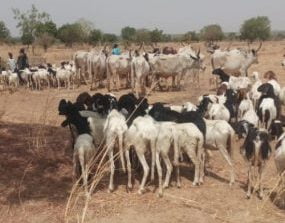 The Katsina State command of the Nigeria Police said in a statement on Friday that its men rescued one Alhaji Sanusi Adamu, 65, who had been abducted earlier in the day when gunmen invaded Kwana-Kodo village, Kankara Local Government Area of the state.

He said after the report was received, the DPO Kankara Division led men of Operation Puff Adder and vigilantes to lay ambush for the bandits along their possible exit route into the forest.

When the bandits ran into the police ambush, they engaged the operatives in a gun battle during which one of the bandits was gunned down and the abducted victim rescued.

“In the course of scanning the scene, a corpse of the gunned down bandit and a motorcycle were recovered. It is believed that many of the bandits escaped with gunshot wounds as investigation is ongoing,” he said.

Earlier on Thursday, Isah said a distress call was received that bandits numbering fifteen, armed with AK-47 rifles, had attacked Abadau village in Batsari Local Government Area of the state and rustled some domestic animals.

According to him, the DPO of Batsari led operatives of Operation Puff Adder and Sharan-Daji to Zamfarawa village, their possible exit route, and laid ambush.

“The hoodlums passed through the said route and were engaged in a fierce gun duel by the police/military team. The hoodlums fled the scene abandoning the rustled animals,” he said in a statement.

Twenty cows and one hundred sheep were recovered from the scene.

He said investigation into the incident is ongoing.