Katsina Commissioner murder: We have made arrest – CP 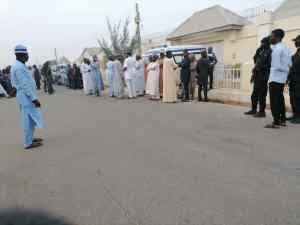 The Katsina State Police Command said it has made arrest in the killing of the State’s Commissioner for Science and Technology, Dr. Nasir Rabe.

According to available information, Rabe was killed on Wednesday night in his residence at Fatima Shema Housing Estate.

The Katsina State Commissioner of Police, Sanusi Buba, told newsmen on Thursday: “We have successfully evacuated the corpse to the hospital and investigation has started.

“A suspect has been arrested and investigation has since begun.”

Governor Aminu Bello Masari was also among the numerous dignitaries who visited the scene of the murder on Thursday.